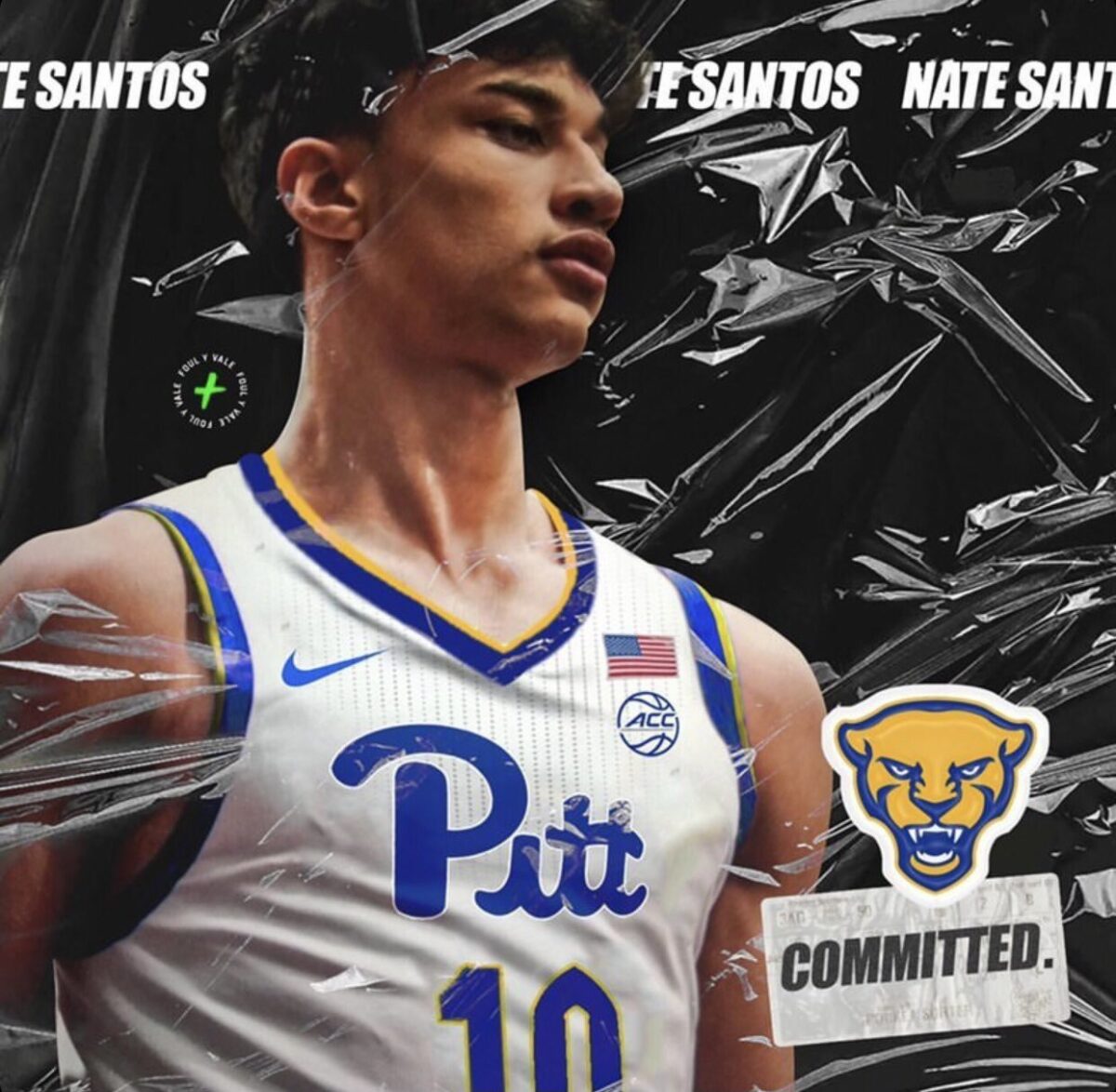 By RYAN McMULLEN Nate Santos, the 6-foot-7, 210-pound wing from Loomis Chaffee (CT) and New Heights AAU, pledged to Pitt on Wednesday via Twitter. The 6-foot-7 wing ultimately chose the Panthers over George Washington. “I chose Pitt because I thought it was a great opportunity and place to get better and try to help impact the program in whatever way I can,” he said. [Coach Jeff] Capel is a great coach and Pitt is a great environment to grow something special.” “Nate was one of the most under-recruited players in the country,” said Adam Berkowitz, the New Heights AAU director. “Pitt is getting a high character, high academic, high level player who can score in a variety of ways. The rabid Pitt fans are going to love him.” Pitt saw five players transfer from the program so Santos’ commitment was critical. They are continuing to make a push for five-star center Efton Reid, who will announce his decision on April 15th. According to 247Sports, Santos is ranked No. 228 nationally is the No. 23 small forward. Follow Ryan on Twitter Follow Adam Zagoria on Twitter Follow ZAGSBLOGHoops on Instagram And Like ZAGS on Facebook