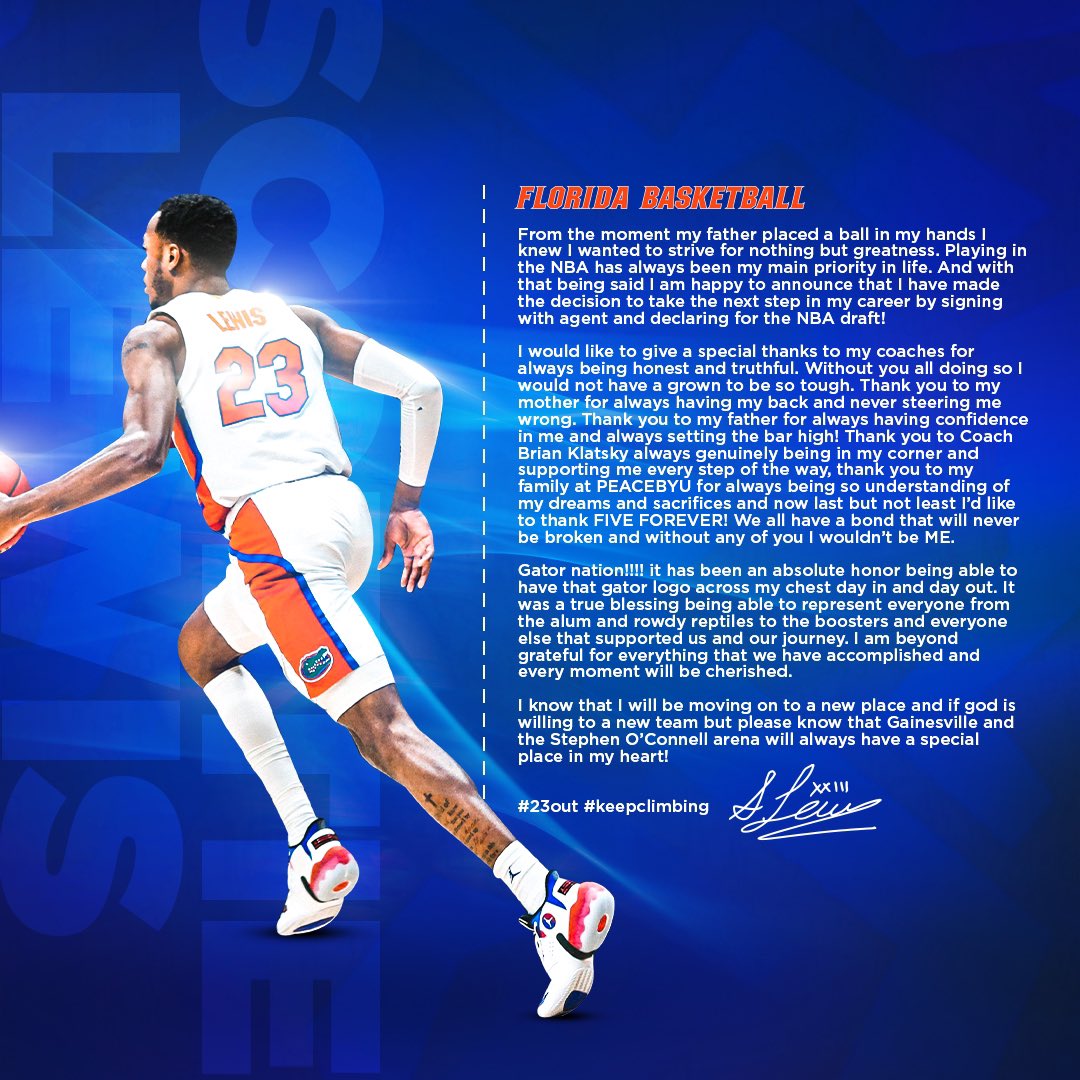 By ADAM ZAGORIA Florida sophomore guard Scottie Lewis declared for the NBA Draft on Thursday. The 6-foot-5 Hazlet, N.J. native averaged 7.9 points and 3.1 rebounds for the Gators. “From the moment my father placed a ball in my hands I knew I wanted to strive for nothing but greatness,” Lewis wrote in his post. “Playing in the NBA has always been my main priority in life. And with that being said I am happy to announce that I have made the decision to take the next step in my career by signing with agent and declaring for the NBA draft!” He is one of six Gators to leave Mike White’s program. Tre Mann declared for the draft with the intention of remaining. Guards Noah Locke and Ques Glover and forwards Omar Payne and Osayi Osifo are also in the transfer portal, while Colin Castleton will teest the NBA Draft waters. Locke has done Zooms with Louisville, Providence, Oregon, UConn and N.C. State. Follow Adam Zagoria on Twitter Follow ZAGSBLOGHoops on Instagram And Like ZAGS on Facebook