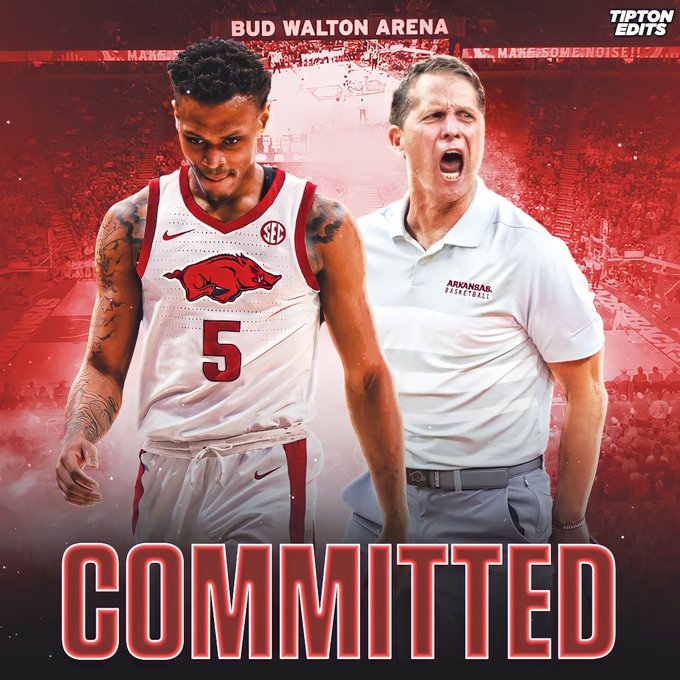 By JACOB POLACHECK Pitt transfer guard Au’diese Toney has committed to Arkansas, he announced Thursday via Twitter. Toney, a 6-foot-6, 210-pound junior guard out of Hunstville, AL, posted averages of 14.4 points, 5.9 rebounds and 2.3 assists per game during the 2020-21 season. He made 16 starts this season, appearing in 18 games for the Panthers. He missed the last week of the season before entering the transfer portal on Feb. 25. Toney chose Arkansas over interest from Texas A&M, Missouri, Georgia, Tennessee, Arizona, Providence, Vanderbilt, Connecticut, Wisconsin and Iowa State, among others. He joins three-star guard Chance Moore and three-star JUCO forward Akol Mawein as the third newcomer in the Razorbacks’ 2021 class. Follow Jacob Polacheck on Twitter Follow Adam Zagoria on Twitter Follow ZAGSBLOGHoops on Instagram And Like ZAGS on Facebook