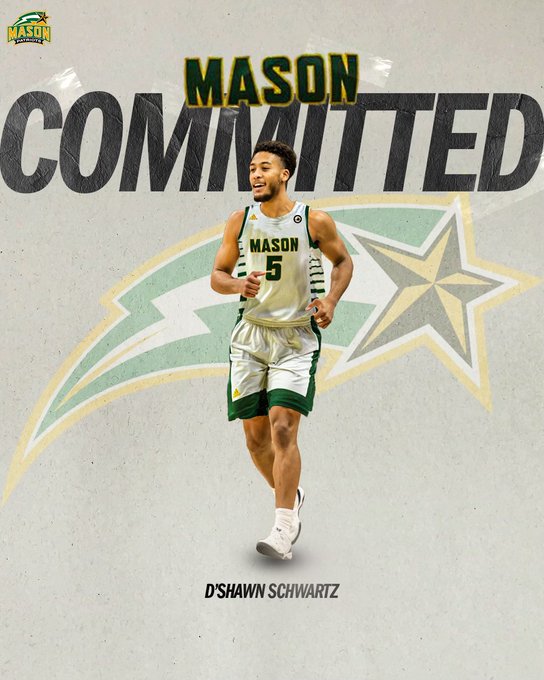 By JACOB POLACHECK George Mason has landed a commitment from Colorado transfer guard D’Shawn Schwartz, he announced Thursday via Twitter. Schwartz, the 6-foot-7, 232-pound shooting guard out of Colorado Springs, CO, will reunite with former Colorado assistant and current George Mason head coach Kim English. “Obviously I have a strong tie to coach English from his time at Colorado,” Schwartz said. “He was able to help me with my development and some hard times while at CU. “I wanted to use this year to become the best basketball player I can be and to grow up in a year of living away from Colorado.” During the 2020-21 season, Schwartz averaged 9.3 points, 4.1 rebounds, 1.3 assists and 0.5 steals per game while shooting 41 percent from the field and 40 percent from three-point range. He appeared in 30 games, starting in 29. “The A-10 is a big time basketball conference and George Mason will be able to compete for a conference title and NCAA tournament wins,” Schwartz said. Coming out of Sand Creek High School (CO) in 2017, Schwartz was ranked by 247Sports.com as the 25 small forward and No. 90 overall prospect in the nation. “I’m a versatile player who can shoot the ball and put it on the deck to get to the rim,” he said. “I’m someone who makes the right plays, defends, and can make the teammates around me better.” Follow Jacob Polacheck on Twitter Follow Adam Zagoria on Twitter Follow ZAGSBLOGHoops on Instagram And Like ZAGS on Facebook