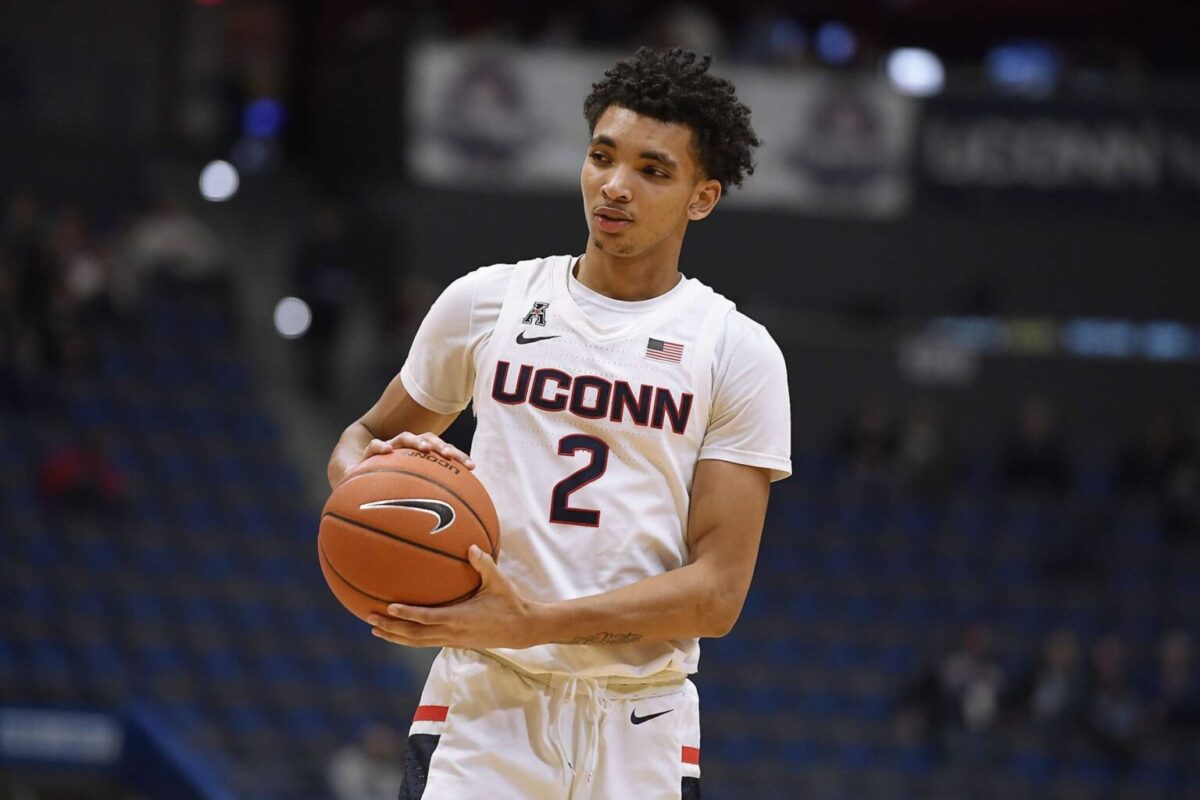 By ADAM ZAGORIA UConn sophomore guard James Bouknight has declared for the NBA Draft, he announced Wednesday. The 6-foot-5 Brooklyn native and product of the PSA Cardinals AAU program is projected as the No. 18 “Best Available” player in the draft, per ESPN.com. Bouknight averaged 18.7 points and 5.7 rebounds per game for a UConn team that finished 15-8 and reached the NCAA Tournament. He poured in 40 points in one game. “Just coming into UConn when I first committed, Coach Hurley had a vision for me helping to turn the program around and bring it back as a winning program,” Bouknight told ESPN. “We reached that target. We were successful, although we didn’t make the run we wanted to make in the tournament. “The opportunity to play at the highest level of basketball has always been a dream of mine, and it’s an opportunity that I can’t pass up right now. I feel like the pro game, with more open space on the floor, is ideal for my game.” The NBA Draft Lottery is set for June 22 and the Draft is July 29. Follow Adam Zagoria on Twitter Follow ZAGSBLOGHoops on Instagram And Like ZAGS on Facebook