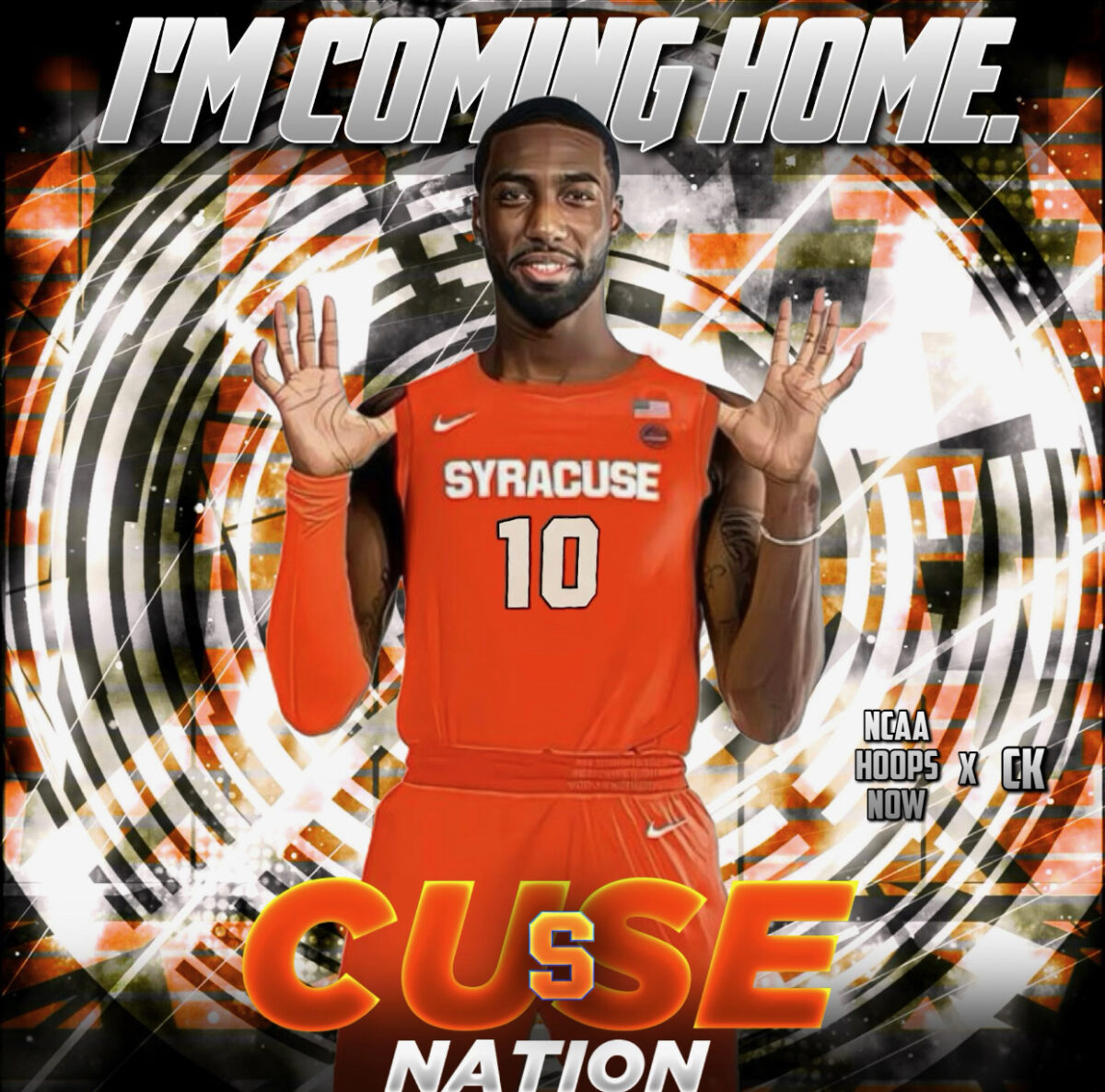 By ADAM ZAGORIA Symir Torrence is coming home. The 6-foot-3 combo guard is transferring to his hometown Syracuse University from Marquette, he told ZAGSBLOG. Torrence, who also considered UMass, South Carolina, Siena, and Albany, among others, will have three years of eligibility remaining. “I will be taking my talents back home, and playing in front of the people who most care about me and that is Syracuse,” he said. “My relationship with the coaching staff has always been there and it never left. They are like family to me. And why not come back and play at home with the best two shooters in college basketball?” Torrence, who originally committed to Marquette out of Vermont Academy, was referring to Buddy Boeheim and Joe Girard. Syracuse will also lose several players as guard Kadary Richmond, forward Robert Braswell and big man John Bol Ajak are transferring out. The Syracuse native averaged 2.4 points, 1.5 assists and 1.4 rebounds last season at Marquette, which fired Steve Wojciechowski and brought in Shaka Smart to coach. He initially chose Marquette over Butler, Cincinnati, Syracuse, Washington and Vanderbilt. When he originally committed to Marquette, then-Vermont Academy coach Alex Popp said Torrence could make an immediate impact. “Symir will be an asset right away because of his unique ability to impact the game with or without the basketball in his hands,” Popp said in 2019. “He is an A-level defender on and off the ball. He is an A-level rebounder from the guard slot. He takes charges, he gets deflections, he wins 50/50s, he even blocks shots.” He added: “He has incredible basketball IQ and pair that with his gifted motor, and you have one of the best defensive players in all of high school basketball. On the offensive end, Symir gives you a shot maker, a playmaker, and an overall scorer. He is stellar with advancing the basketball in transition, he is phenomenal in the pick-and-roll, and he is even effective in the low post. Above all, he is a guy that other players want to play with. Talented players and coaches are attracted to his personality, disposition and ability to make everyone around him better.” Follow Adam Zagoria on Twitter Follow ZAGSBLOGHoops on Instagram And Like ZAGS on Facebook

After reaching the Sweet 16, the Syracuse roster is in flux