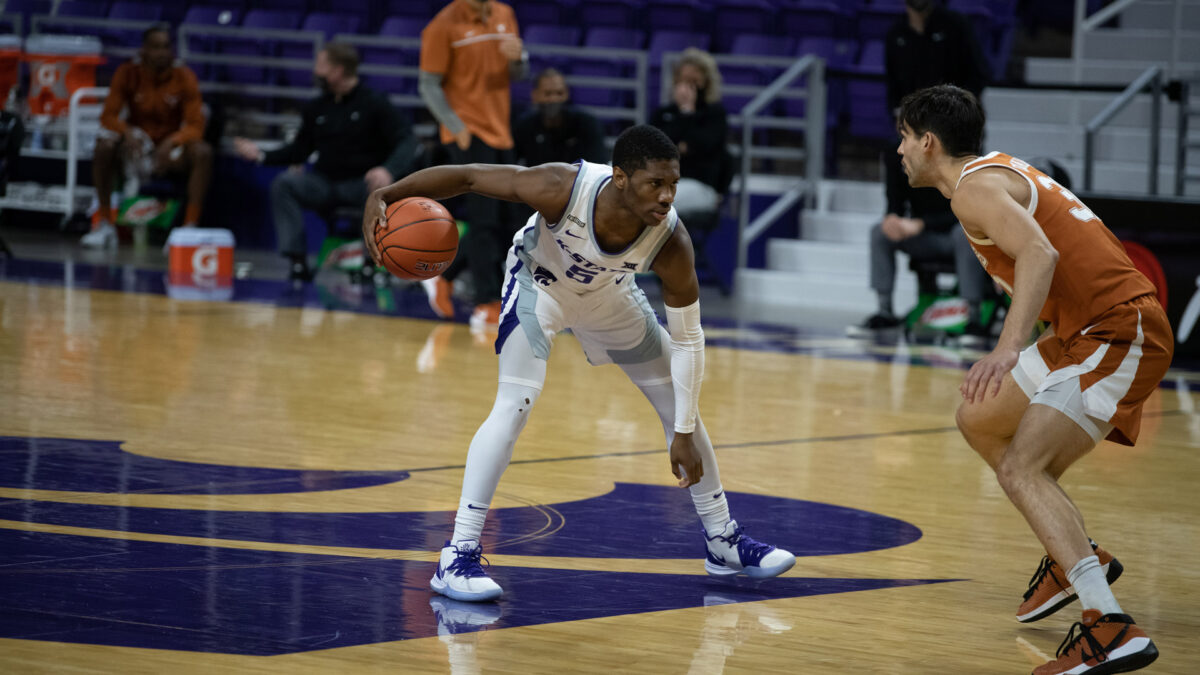 By JACOB POLACHECK Kansas State junior guard Rudi Williams is looking to make a decision on his transfer destination by the time early April rolls around, he told ZAGSBLOG Friday. “Probably by the time the Final Four comes around,” Williams said. “Some of the schools that may be in the Final Four are recruiting me. By then, I hope to know what school I want to go to.” Williams, who entered the transfer portal on March 18, said his decision to transfer was ‘solely basketball-related’. “I just wanted to find a perfect fit for me,” he said. “The fit over in Manhattan, it was pretty good. It was okay, but it wasn’t the greatest, so I figured I’d have to make a move until I reach my full potential.” Williams, a 6-foot-3, 183-pound point guard out of Hamilton, ON, has been contacted numerous schools from the likes of Oregon State, BYU, Georgia, Coastal Carolina, Eastern Kentucky, Boise State and Cal-Riverside. “I’m looking forward to my next stop, somewhere I can move forward and go and win,” he said. “I get to find the best version of myself and help a team get better. Next year this time, I hope to be playing in March.” Williams listed Coastal Carolina, BYU and Boise State as the three schools making him a priority throughout this transfer process. He broke down each school: Coastal Carolina: “They’ve kind of turned things around over there. They’re winning. They have a good coaching staff and a good style of play that I could have success in. Honestly, they were three points away from making March Madness, so things are headed in the right direction over there.” BYU: “They win. They’re no slouches. They’re considered a mid-major school, but they can play with anybody. They beat their fair share of high-major schools in the fall and they just win. They also have a play-style that fits me as well. That’s attractive to me.” Boise State: “They have a good coaching staff over there. I’m friends with a bunch of guys on the team, so if I were to go there, I wouldn’t stand out. I would just be a good fit for them.” Williams appeared in 27 games for the Wildcats during the 2020-21 season, posting averages of 4.8 points, 2.6 rebounds, 1.4 assists and 0.4 steals in 18.2 minutes per contest. Williams describes himself as a ‘dual-threat point guard’. “I get my teammates involved and I can also create a shot for myself, score the ball,” he said. “When I score, it’s five or six points at a time. “I’m also getting better on the defensive side of the ball.” Off the court, Williams is known to bust a move from time to time. “I’m probably one of the best dancers in the country,” he said. “I could perform at a halftime show. “I’m a big ‘krumper’. Hip-Hop, that’s my style right there.” Photo: Kansas State Athletics Follow Jacob Polacheck on Twitter Follow Adam Zagoria on Twitter Follow ZAGSBLOGHoops on Instagram And Like ZAGS on Facebook