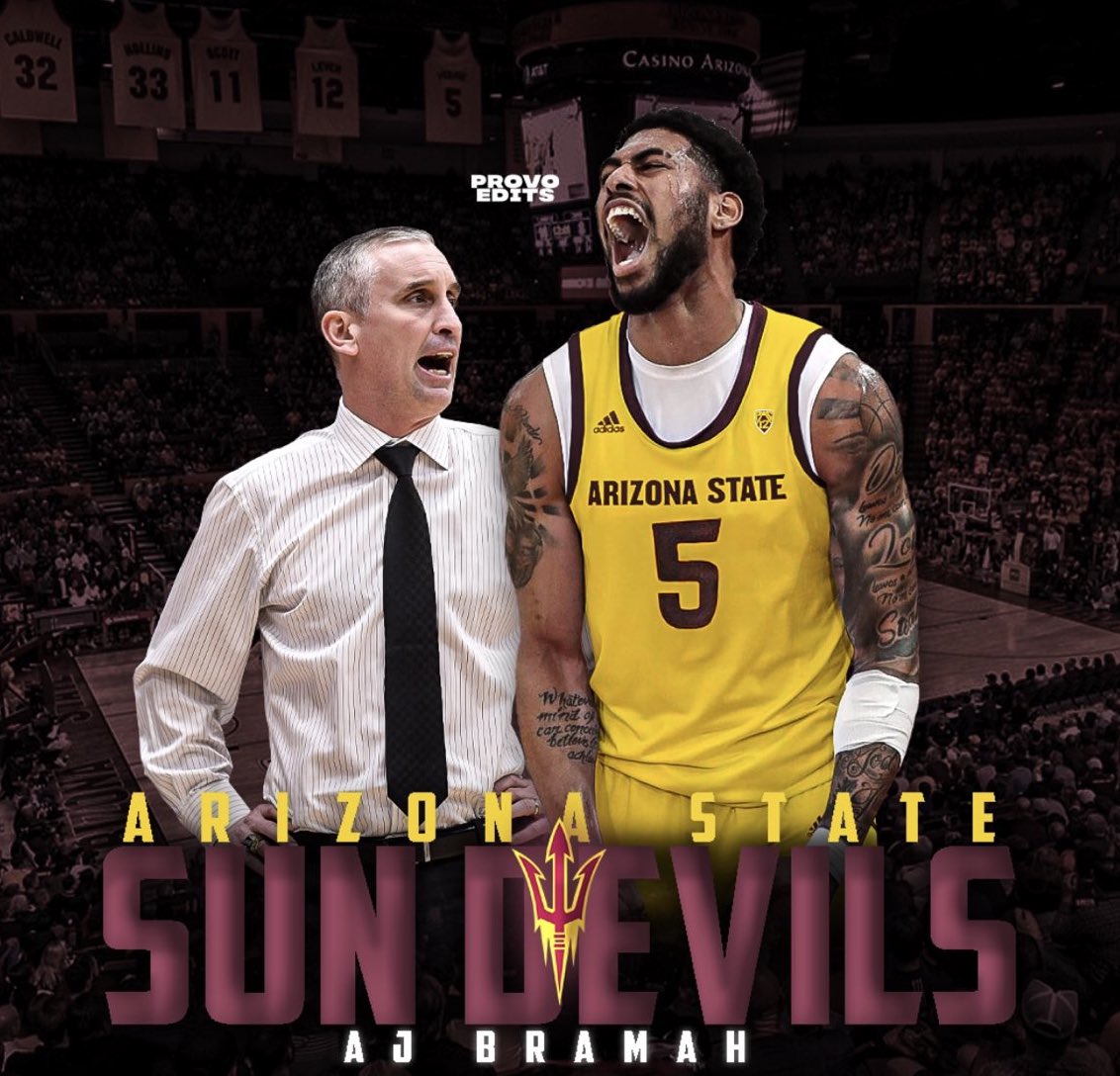 By ADAM ZAGORIA A.J. Bramah, the 6-foot-7 senior graduate transfer from Robert Morris, is headed to play for coach Bobby Hurley and Arizona State, he told ZAGSBLOG ahead of his public announcement. The San Leandro, Calif., native averaged 21.0 points and 10.3 rebounds last season. He also considered Nevada, St. Bonaventure and Western Kentucky. “I will be joining Coach Hurley and Arizona State next year,” Bramah told ZAGSBLOG. “Being the coach that Coach Hurley is, I believe he will push me to my limits and help me become a better basketball player but most importantly a better man. “The skillset I will bring to ASU is my toughness, competitiveness, my ability to rebound, score the ball but also be able to lead some of the younger guys that haven’t yet played at the college level.” The addition of Bramah comes one day after the Sun Devils added 6-foot-10, 240-pound center Enoch Boakye from George Harris Prep (ON). “ASU has great talent coming back from last year’s team and great players coming in for next year,” Bramah said. “I believe next year Arizona State will shock a lot of people. Photo: RMU Sentry Media Follow Adam Zagoria on Twitter Follow ZAGSBLOGHoops on Instagram And Like ZAGS on Facebook