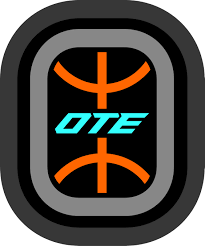 By JACOB POLACHECK Video content company Overtime will be launching a professional basketball league in September, Overtime Elite, which will offer high school basketball players $100,000 salaries to skip college. The league is expected to compete directly with the NCAA for the nation’s top high school basketball prospects, employing about 30 players. “In just four years, Overtime has become synonymous with sports for a new generation of athletes and fans, with programming that is viewed more than 14 billion times a year and an audience of more than 45 million social media followers,” Overtime’s CEO and co-founder Dan Porter said. “We have created an amazing platform by telling the stories of the next generation of superstars. Now, it’s time to leverage that platform to create a league that strengthens players’ development and performance and results in fewer injuries and longer careers.” Overtime Elite will also be competing with the NBA G-League, which has been a popular route for elite high school basketball talent in recent years, including projected 2021 top-five picks Jonathan Kuminga and Jalen Green. Player salaries are guaranteed $100,000 (as a floor) per year. Players will also participate in revenue from use of their name, image and likeness, including through sales of custom jerseys, trading cards, video games and NFTs. Since 2006, high school players have not been able to go directly to the NBA out of high school, instead being required to turn 19 or be at least one NBA season removed from their high school graduation year. Since high school athletes are currently in their high school seasons, Overtime has not begun to recruit them yet. League investors include former NBA stars Carmelo Anthony and Baron Davis, current NBA stars Kevin Durant and Baron Davis, and venture capital firm Andreessen Horowitz. Follow Jacob Polacheck on Twitter Follow Adam Zagoria on Twitter Follow ZAGSBLOGHoops on Instagram And Like ZAGS on Facebook