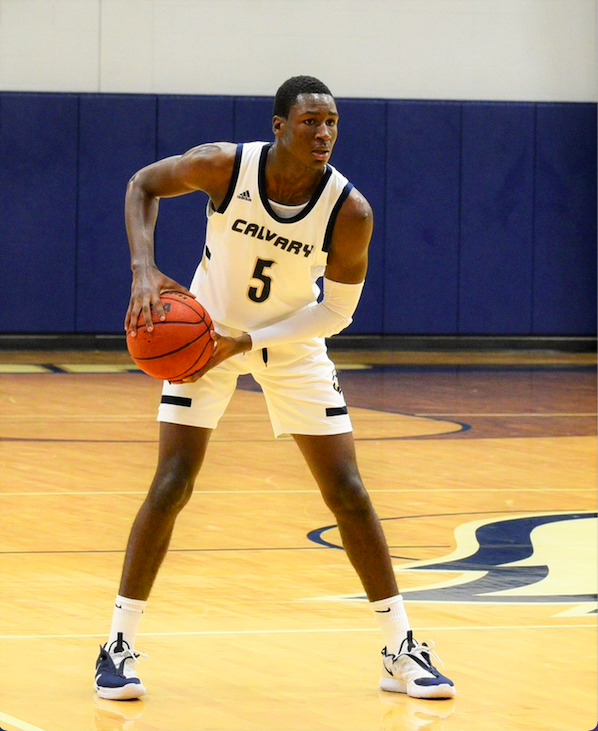 By JACOB POLACHECK Carl Cherenfant has flown under the radar this season, amongst a crowded list of 2023 prospects. The 6-foot-4, 170-pound shooting guard from Calvary Christian (FL) Academy, says that LSU, Georgia, Missouri, Miami and Memphis are the five schools in contact the most. He broke down each school: LSU: “I just think they’re a great program. They’re just trying to get a better relationship with me and we’re trying to build that relationship.” Georgia: It’s just been the same. I’ve been talking to the assistant coaches through my high school coaches. They’re really just trying to get to know me as a person, not just as a basketball player.” Miami: “They like the way I play and they’re just trying to get to know me.” Missouri: “They’ve been watching me for a long time now. I have a good relationship with their ex-assistant coach. I’m just building that relationship up there.” Memphis: “They really like the way I play and think it can translate really well to the college level. I’m building a relationship with their assistant coaches.” Among the five mentioned, LSU is the only school that has extended an offer. Cherenfant noted his relationship with the coaching staff and style of play as the two biggest factors in his recruitment. “I’ve been looking at having a tight relationship with the coaching staff and being able to trust them,” he said. “Those are the two main things: Style of play and my relationship with the coaching staff. Do I trust them?” On the court, Cherenfant has not been pleased with his performance this season as a sophomore at Calvary Christian. “I would give it a C- grade,” he said. “There’s a lot more I could’ve done, but COVID has affected a lot of it.” Moving forward, Cherenfant says he wants to improve his decision-making and his ability to shoot from beyond the arc. Follow Jacob Polacheck on Twitter Follow Adam Zagoria on Twitter Follow ZAGSBLOGHoops on Instagram And Like ZAGS on Facebook