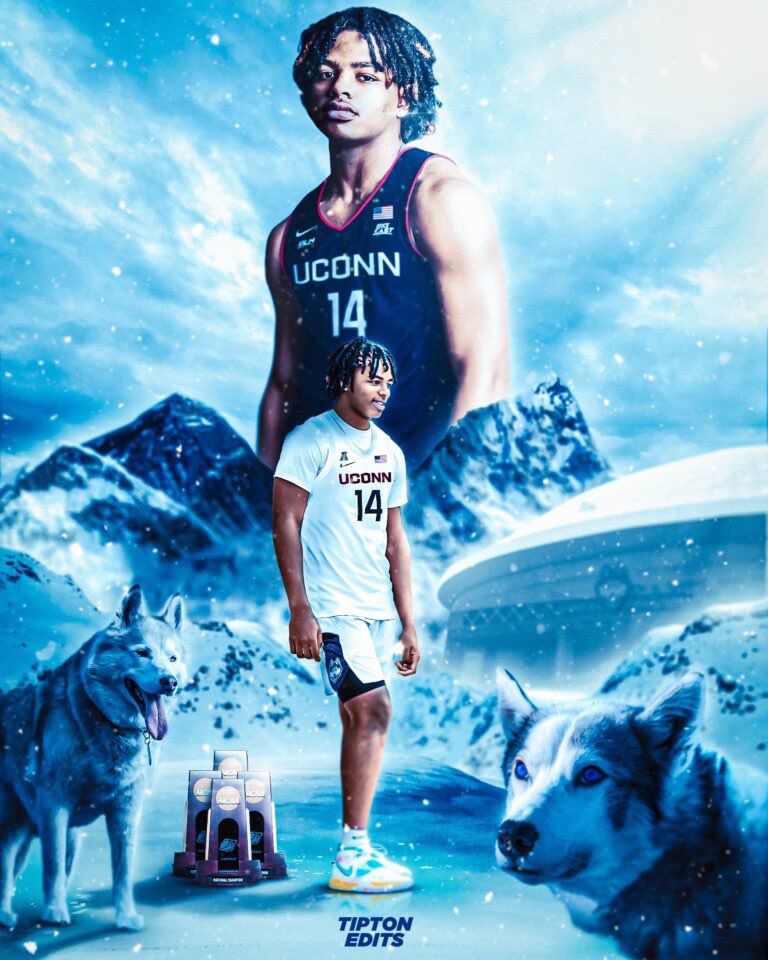 By ADAM ZAGORIA When Roselle Catholic and The Patrick School squared off on Sunday afternoon, it wasn’t just a showdown between two heated rivals on the New Jersey high school basketball scene. It also featured a matchup of two UConn recruits who figure to play key roles for the Huskies going forward. Samson Johnson — a 6-foot-10 senior forward at The Patrick School who is committed to UConn in the Class of 2021 — spent much of the game guarding Corey Floyd Jr. — the 6-5 junior guard who is pledged to the Huskies in the Class of 2022. Johnson spent much of the game guarding Floyd but still finished by scoring 11 of his 15 points in the second half to go with eight rebounds, six assists and three steals as the Celtics won 65-64. Floyd finished with 16 points, two rebounds, two assists and two steals. “Samson carried us,” said Patrick School coach Chris Chavannes , who also coached current UConn freshman big man Adama Sanogo. “His presence on the floor creates opportunities for other guys, especially some of our younger guys who stepped up and hit some big shots. “I thought Samson was huge late third-quarter and definitely in the fourth. He was a vacuum on the boards at both ends and led us in scoring the second half. He also scored in a variety of ways, ff the bounce, behind the arc and in the paint. “He had the task for majority of the game of guarding Corey Floyd which is not easy. “Corey is one of the toughest matchup for any team in the state. There is no one that can go down hill as well as him. Corey made a number of big plays for RC yesterday. “The scary part is I don’t think Corey and Samson have begun to scratch the surface of their potential.” Follow Adam Zagoria on Twitter Follow ZAGSBLOGHoops on Instagram And Like ZAGS on Facebook