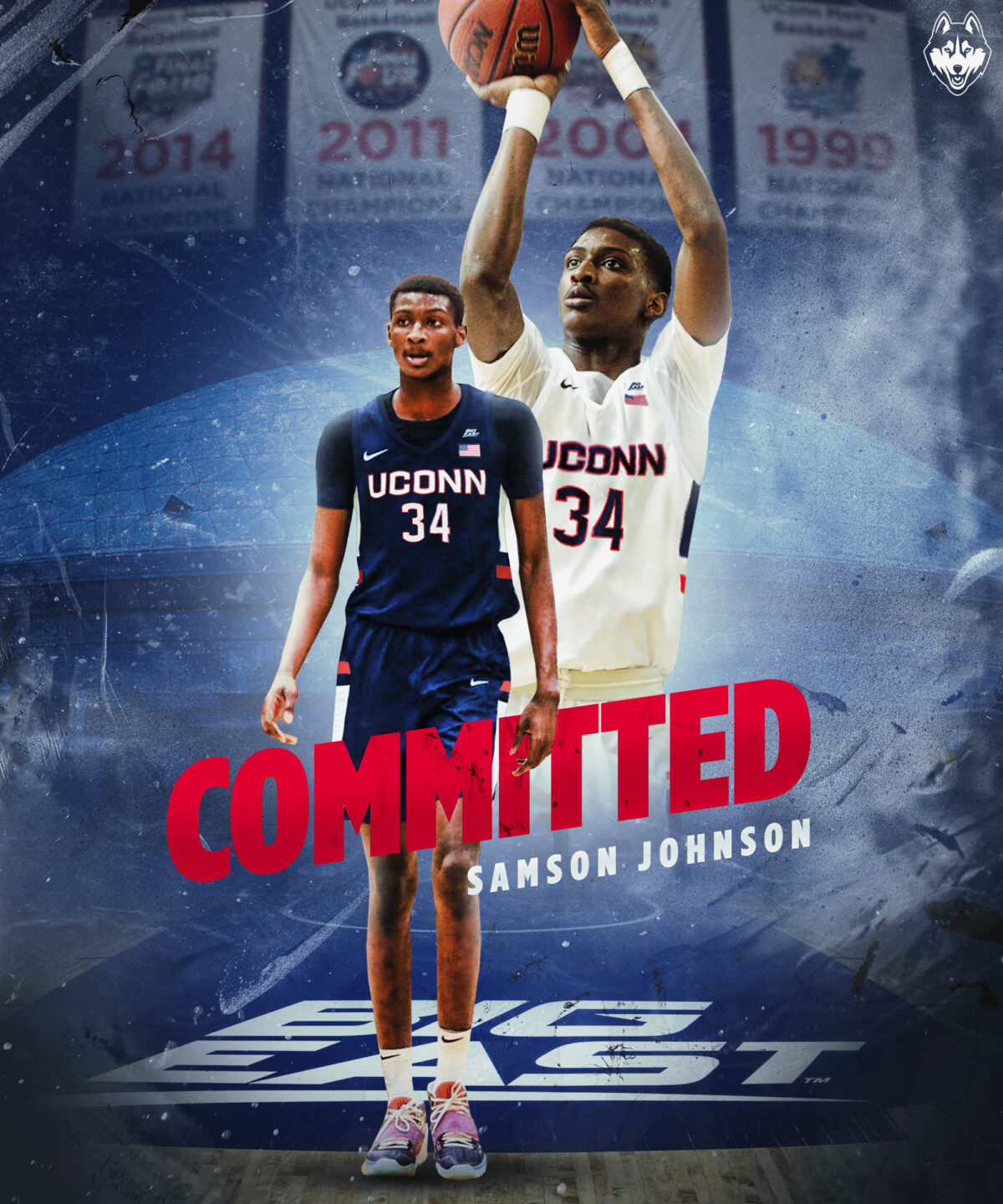 By ADAM ZAGORIA The red-hot recruiting run for Dan Hurley and UConn continues. Samson Johnson, the 6-foot-10 Class of 2021 forward from The Patrick School (N.J.) and the NY Jayhawks AAU program, committed to UConn on Monday, joining a recruiting class that includes point guard Rahsool Diggins and shooting guard Jordan Hawkins, who committed on Friday. “I picked UConn because I think it’s the right fit for me, a great program, incredible fan base and I like Coach Hurley,” Johnson said. “I’m a player that can do many things [such] as blocking shoots, rebounding the ball and making shot.” UConn now has the No. 4 recruiting class nationally in 2021, behind only Florida State, Villanova and Baylor, per 247Sports.com. “Samson Johnson is the best returning prospect in the state of New Jersey,” Patrick School coach Chris Chavannes said. “His ceiling is very high. Mike Miller who was coaching with Memphis at the time he identified Samson as a pro within five minutes of being in our open gym. Samson has worked hard at developing his body and his game during the pandemic. He has gained 10 pounds of muscle in the past three months. UConn is getting a gem of a person and a high prospect.”

Johnson, a long, athletic rim runner, also held offers from Syracuse, Marquette, St. John’s, Xavier, Miami and Cincinnati. He is the second player from The Patrick School to commit to UConn this offseason. Forward Adama Sanogo reclassified and committed for 2020. Assistant Kimani Young recruited both Sanogo and Johnson. “He will be the next [Deandre’] Bembry, a sleeper to get to the highest level,” Chavannes, referring to the Atlanta Hawks and former Patrick School wing, said earlier this year. Johnson averaged 8.9 points and 3.2 rebounds this past season for the Celtics while playing alongside stars like Sanogo, Jonathan Kuminga, Saint Peter’s-bound guard Zarique Nutter and East Carolina-bound point guard Noah Farrakhan. He shot 67 percent from the field, scoring often on dunks and in the paint, while shooting 37 percent (13-of-35) from deep. “He’s a high-character and hard-working kid,” Jayhawks coach Jay David said. “At 6-10 with a 7-5/7-6 wingspan with the ability to step out and hit the high school 3-pointer consistently, he is one of the best forwards in the country.” Follow Adam Zagoria on Twitter And Like ZAGS on Facebook