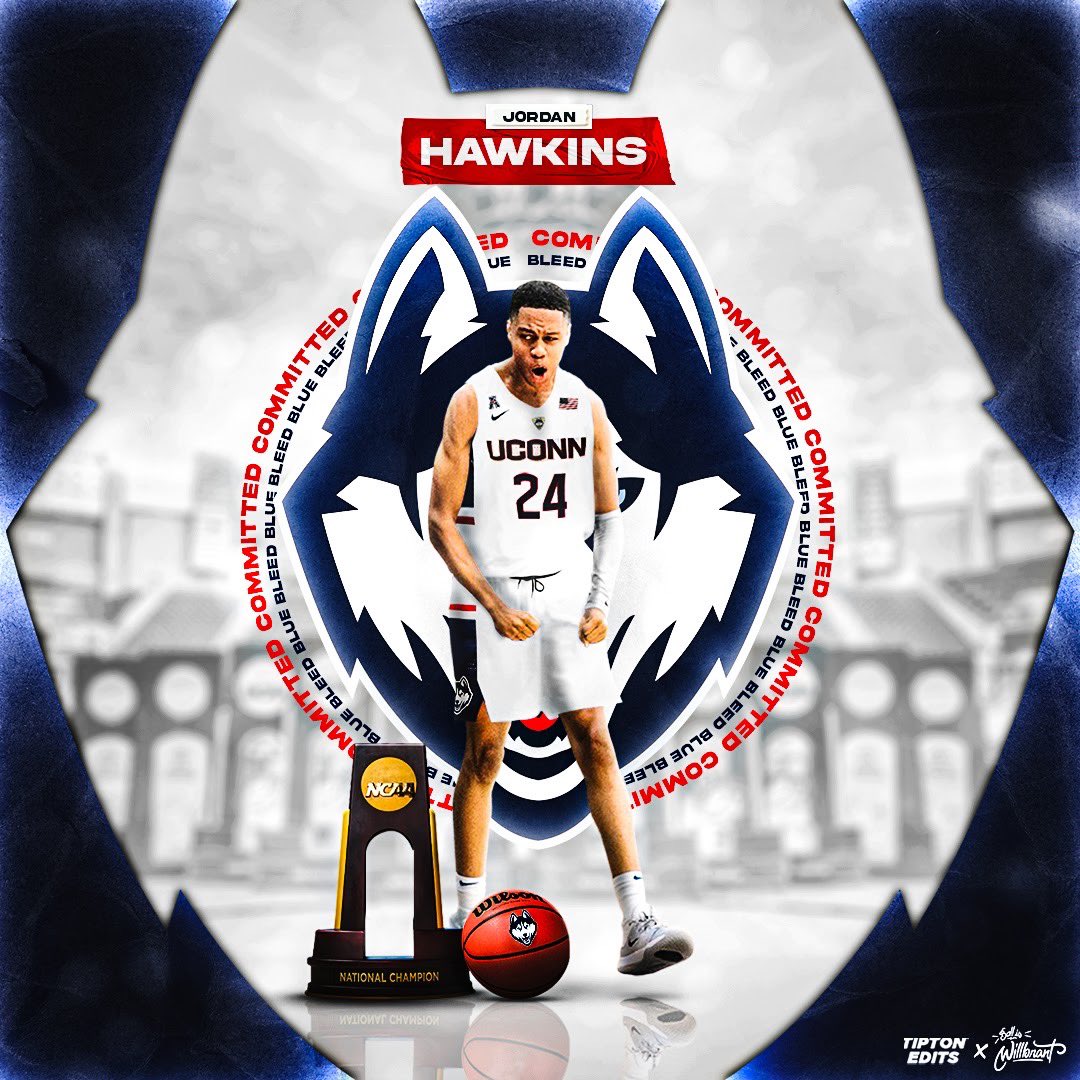 By ADAM ZAGORIA Jordan Hawkins has known for about a week where he was going to play college ball. After a phone conversation with UConn coach Dan Hurley, the 6-foot-5, 175-pound DeMatha (MD) Catholic shooting guard knew he wanted to be a Husky. “I’ll be going to the University of Connecticut,” Hawkins said in a phone interview prior to his public announcement Friday morning. “Coach Hurley, the coaching staff over there is a really good coaching staff. I feel like those guys bring the best out of me. The Big East is a great conference. I feel like the conference is best for me. They got a good recruiting class going there. Me and Rahsool Diggins, we can be one of the top backcourts in the country. We can make some noise.” UConn assistant Kenya Hunter was the lead recruiter for Hawkins, who said he also considered Maryland and Seton Hall, among others. He is four-star prospect ranked as the No. 11 shooting guard in the Class of 2021 by 247Sports.com. Hawkins averaged 12.5 points, 5.1 rebounds and 2.2 assists last season while shooting 46 percent from beyond the arc and 89 percent from the line. He joins Diggins, the point guard who committed July 28, in Hurley’s 2021 class. “Jordan is the perfect blend of elite athleticism with an ability to shoot the ball at an elite level,” DeMatha coach Mike Jones said. “He also has embraced being a tremendous defender. Whichever college program he chooses will be getting someone who will be able to contribute at a high level immediately and that will only increase as he gets stronger.” Hawkins played at legendary DeMatha Catholic, which produced current NBA players Victor Oladipo, Quinn Cook, Markelle Fultz and Jerian and Jerami Grant. “He has the mentality [to be a pro] and he is a very skilled shooter with elite athleticism,” Jones said. “That’s a rare combination in high school.” Added Hawkins: “I’m a guy that can get a bucket, can knock it down. I play on both ends. I’m a two-way player. I pretty much get it done.” Hawkins will join UConn for their second season back in the Big East beginning in 2021-22. “The Big East played a big part because the Big East is a great conference,” he said. “It’s a perfect conference for me and my playing style. Playing against top competition like Villanova, Marquette, Seton Hall, it’s definitely big.” Hawkins said he plans to recruit a little bit more for UConn going forward. “I’ll do a little bit of recruiting myself,” he said, adding, “I gotta do a little bit more digging.” Follow Adam Zagoria on Twitter Follow ZAGSBLOGHoops on Instagram And Like ZAGS on Facebook