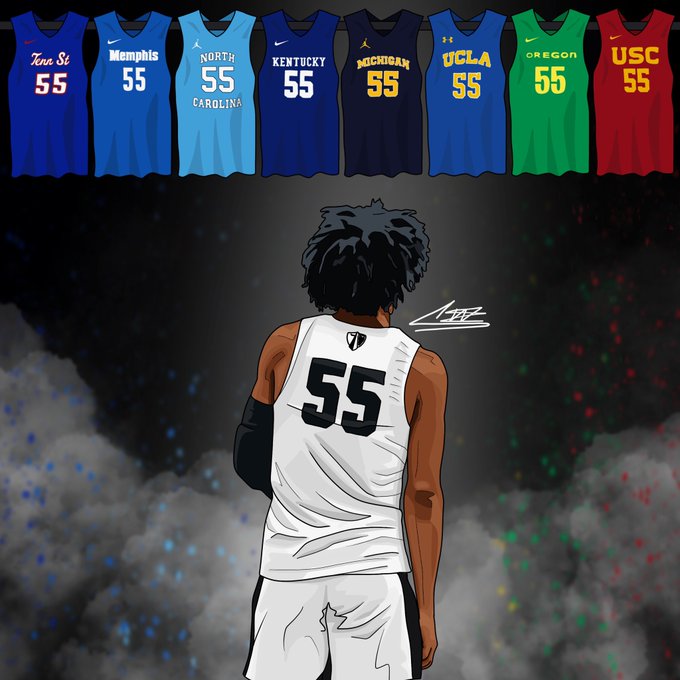 By JACOB POLACHECK Class of 2022 guard Skyy Clark is down to eight. Clark, a 6-foot-3, 195-pound combo guard, named Tennessee State, Memphis, North Carolina, Kentucky, Michigan, UCLA, Oregon and USC as his final eight schools on Friday, via Twitter. During his sophomore season at Brentwood Academy (TN), Clark averaged 25.5 points, 5.1 rebounds, 4.2 assists and 2.5 steals per game. According to 247Sports.com, Clark is ranked as the No. 3 combo guard and No. 13 overall player in the Class of 2022. Follow Jacob on Twitter Follow Adam Zagoria on Twitter Follow ZAGSBLOGHoops on Instagram And Like ZAGS on Facebook