After win over No. 3 Villanova, St. John's 'in the conversation' for NCAA Tournament bid | Zagsblog
Follow @adamzagoria

After win over No. 3 Villanova, St. John’s ‘in the conversation’ for NCAA Tournament bid 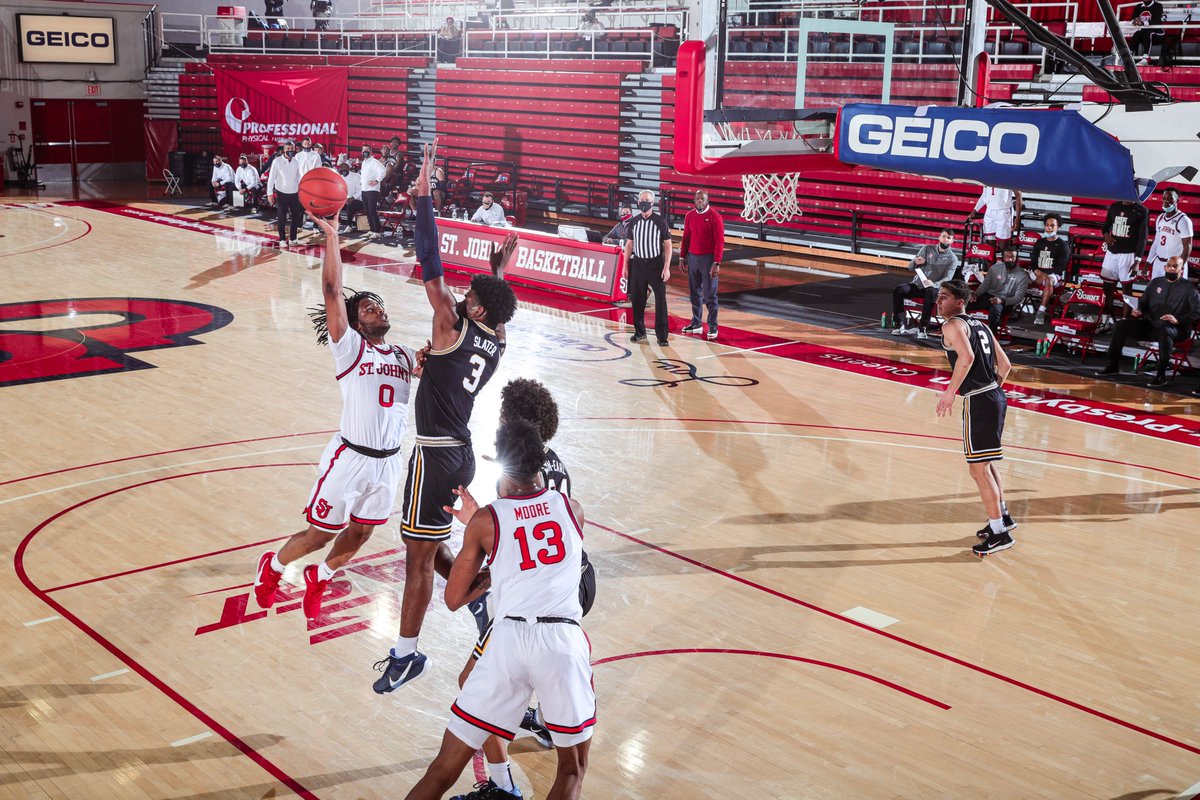 By ADAM ZAGORIA Mike DeCourcy of Fox Sports doesn’t do his next NCAA Tournament bracket until Friday, but DeCourcy told ZAGSBLOG St. John’s is “certainly in the conversation” for an NCAA Tournament bid after upsetting No. 3 Villanova, 70-59, Wednesday night at Carnesecca Arena. And why not? The Johnnies (12–7, 6-6 Big East) are red-hot, having won five straight including their signature win over Jay Wright’s Wildcats. The Red Storm, now ranked No. 68 in the NET, have the signature win that Seton Hall, No. 50 in the NET, does not. Joe Lunardi has St. John’s among his “Next Four Out.” “We came into this season thinking we can be an NCAA Tournament team,” said sophomore Julian Champagnie, who finished with 14 points and 13 rebounds. DeCourcy this week had four Big East teams in the Big Dance: Villanova as a 1 seed, Creighton as a 3, Xavier an 8 and UConn a 9, with Seton Hall and Providence among the “First Four Out.” Now here comes St. John’s, which looked terrific defensively in stifling Villanova and handing the Wildcats their first Big East loss of the season. “They just played better than us on both ends of the floor,” Wright told reporters. “Our turnovers, our poor shooting, was just a credit to their defense and their physicality.” St. John’s can now back up the win and continue the streak with road games at Providence on Saturday and Butler Tuesday. The Friars are coming off a disappointing effort in a 60-43 loss Wednesday to Seton Hall, and coach Ed Cooley figures to have his troops fired up. St. John’s also gets another crack at Villanova on Feb. 23. “We’re in a must-win situation every time we step on the floor,” Cooley said. “Nobody’s going to feel sorry for you. We gotta put out big boy pants on, we gotta play like men and we gotta try to come out there and win our next basketball game.” Follow Adam Zagoria on Twitter Follow ZAGSBLOGHoops on Instagram And Like ZAGS on Facebook

Keyontae Johnson's family says collapse was not related to COVID-19