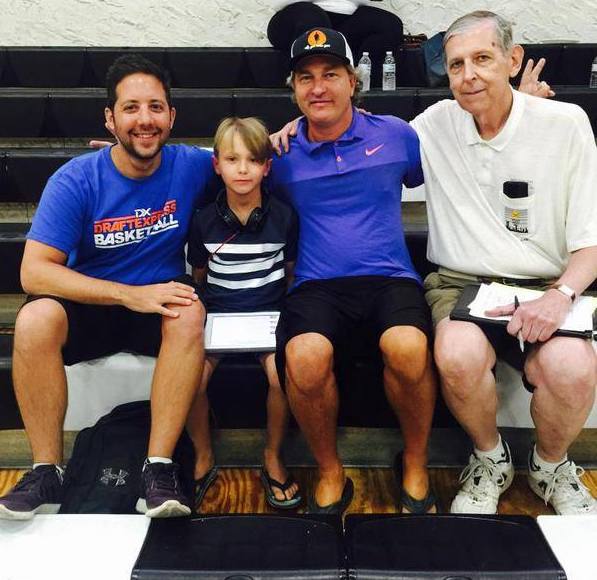 By ADAM ZAGORIA The handshake always seemed to come at you from across the room and you had better be ready when it did. You had to have your palm open and be prepared to settle in for a good while. Thirty seconds, sixty, whatever. Tom Konchalski’s right hand had you locked in a grasp. At basketball games, his left hand was almost always clutching a black pad containing hoops programs, newspaper clippings and the yellow legal pad he had used that day for evaluating high school players. Sometimes, when he didn’t have the pad, his left hand would hold your right forearm for emphasis. Then you were really going to be there for a spell. At 6-foot-6, he was looking down at you from behind his glasses with a warm smile, addressing you by your first name. Whether he had last seen you yesterday or 20 years ago it didn’t matter, he knew your name and likely the names of your wife (or husband), parents and children, too. And he was asking because he genuinely cared, “How are you?” The handshake was his calling card and it was also the reason we ended up staying late at the Peach Jam in North Augusta, S.C. those many summer nights. Trying to get him out of the gym at 11 p.m. was like walking with the Pope or an older version of Elvis. The hallways of the Riverview Park Activities Center were filled with players, coaches, parents filing out after a long day of games. He couldn’t go long before somebody stopped him and wanted a few minutes of his time — or he would stop them to chat. Two years ago, when we were both tired and hungry for a late night snack, I got him out of the building and almost to the rental car in the huge emptying parking lot when we ran into Jamal Mashburn and a female friend in the darkness of the summer night. “Mr. Konchalski, how are you?” Mashburn, who was there to watch his son Jamal Jr., said with a huge smile before getting swallowed up by the handshake. Standing in near darkness, with only the fluorescent parking lot lights to see by, Mashburn explained to the friend that “Mr. Konchalski” had covered all of his games at Cardinal Hayes High School, long before he was a college and NBA star. Much to the delight of Jamal and his friend, Tom proceeded to detail the exploits of Mashburn’s high school career in great detail — names, dates, scoring totals — as if they had happened last week instead of 30 years ago. It was going to be another 10 or 15 minutes before I got him in the rental car. Read the full story over on Forbes SportsMoney. Follow Adam Zagoria on Twitter Follow ZAGSBLOGHoops on Instagram And Like ZAGS on Facebook