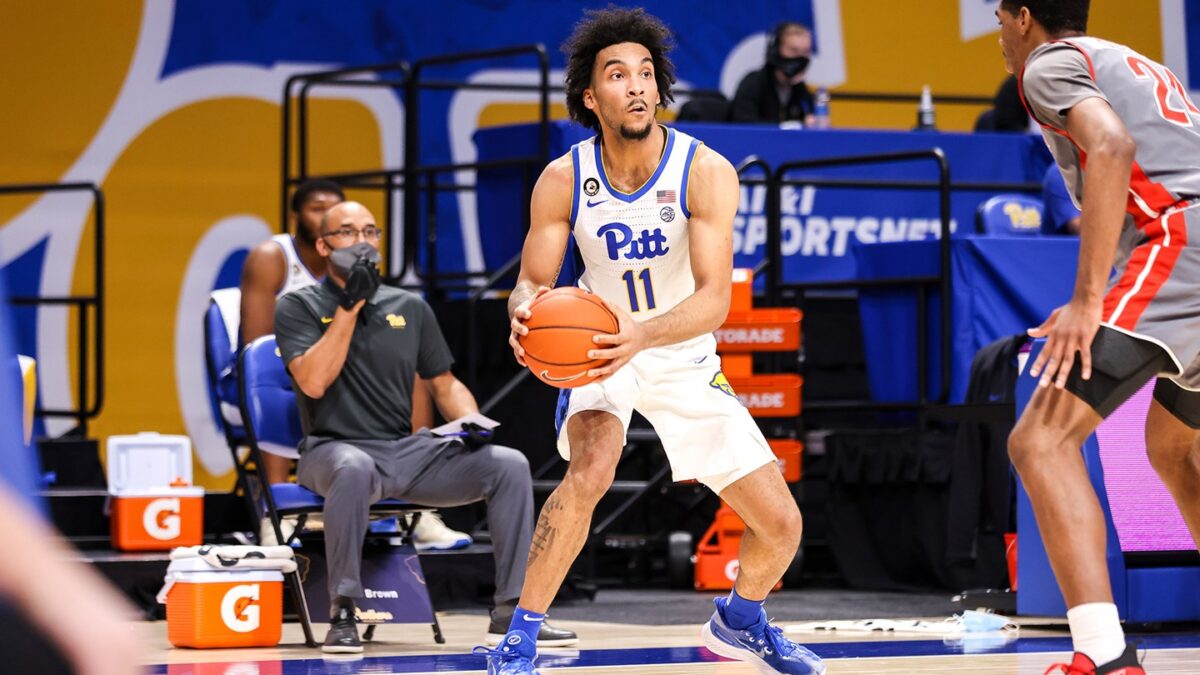 Pitt’s top two leading scorers and two of the top 10 scorers in the ACC – Justin Champagnie and Au’Diese Toney – will miss Tuesday’s game against Louisville after suffering leg injuries in practice over the weekend.

Champagnie, one of two players in the ACC averaging a double-double, will miss 6-8 weeks with a knee injury. The Brooklyn native is averaging 17.8 points and 12.3 rebounds per game, while shooting 49 percent from the field. He has scored in double figures in all six games and has three double-doubles, including a pair of 20/20 games.

Toney suffered a right ankle injury and will be evaluated on a day-to-day basis. He has scored 15 or more points in five of six games for the Panthers and is averaging 16.2 points and 5.0 rebounds per game, while shooting 52.5 percent from the field.

Pitt coach Jeff Capel says he was 'close' to being hospitalized for COVID-19, says 'I don't think [college basketball] should be playing right now'