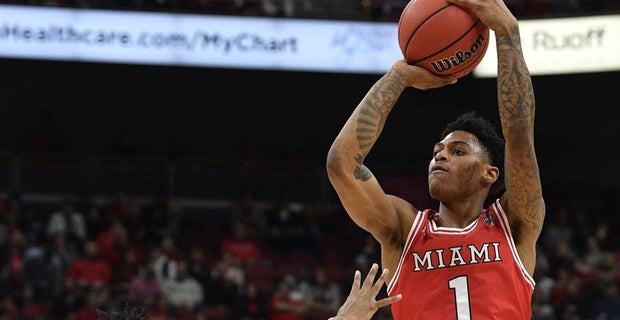 By ADAM ZAGORIA Nike Sibande is headed to Pittsburgh. The 6-foot-4 transfer from Miami (Ohio) chose Pitt after considering Alabama, Arkansas, Georgetown, Georgia and Xavier. He averaged 13.9, 5.9 rebounds and 1.7 assists last season as a junior. He will have to sit one season unless he gets a waiver. “We are going to do something special,” He told ZAGSBLOG.. “Building my relationship with the Capel brothers showed me this was a perfect fit for me and my ultimate goal, Which is finding a way to win games in the tournament and compete for a national championship. I’m excited to call PITT my new home.” Pitt also adds a five-man recruiting class for 2020 featuring shooting guard Femi Odukale, small forward William Jeffress, power forwards Noah Collier and John Hugley and big man Max Amadasun. Pitt also adds Delaware transfer Ithiel Horton, who is eligible after sitting out last season due to NCAA transfer rules. Horton earned CAA All-Rookie Team honors after averaging 13.2 points and shooting 40.9 percent from three-point range with 79 made threes as a freshman at Delaware during the 2018-19 season. “Nike is an experienced, skilled and productive player who will fit in well with the culture we are building here at Pitt,” said head coach Jeff Capel. “He is an outstanding athlete who loves to compete and has a scorers’ mentality. We look forward to having him in the program and working with him as he continues to develop on and off the court.”