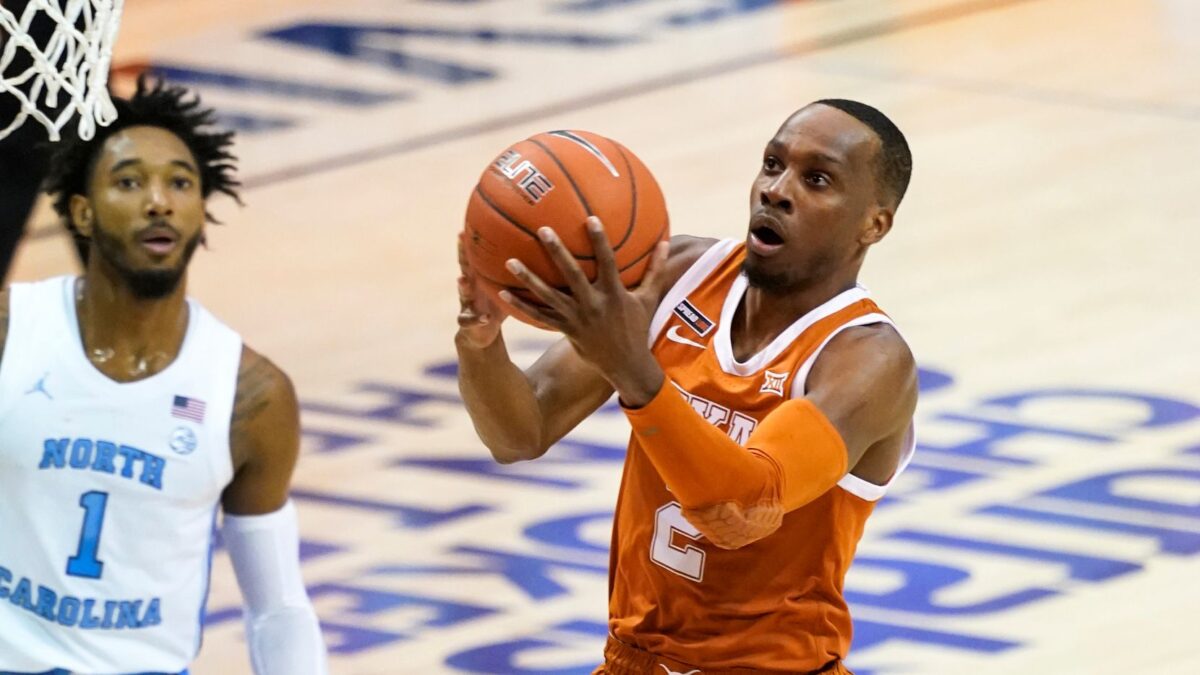 By JACOB POLACHECK In perhaps the biggest shot of his college career, Texas senior Matt Coleman hit a game-winning step back jump shot with 0.1 seconds left to lift the No. 17-ranked Texas Longhorns over the No. 14-ranked North Carolina Tar Heels in the Maui Invitational Final on Wednesday. The 6-foot-2 guard scored 14 of his points in the second half, finishing the game with 22 points en route to being named the tournament’s most valuable player. He also added three assists and one steal in 37 minutes of play. Sophomore big Kai Jones added 12 points, including a tying shot with 2:19 remaining and a transition dunk with 41.2 seconds left to give Texas a 67-65 lead. UNC junior Leaky Black made two free throws to tie the game with 25.6 seconds left before Coleman ended the game on the Longhorns’ final possession. Texas moves to 4-0 on the season as they await a matchup with No. 12-ranked Villanova on Sunday. With the loss, North Carolina falls to 3-1 on the season and will face No. 3-ranked Iowa next Tuesday. Photo: Kathy Kmonicek Follow Jacob Polacheck on Twitter Follow Adam Zagoria on Twitter Follow ZAGSBLOGHoops on Instagram And Like ZAGS on Facebook