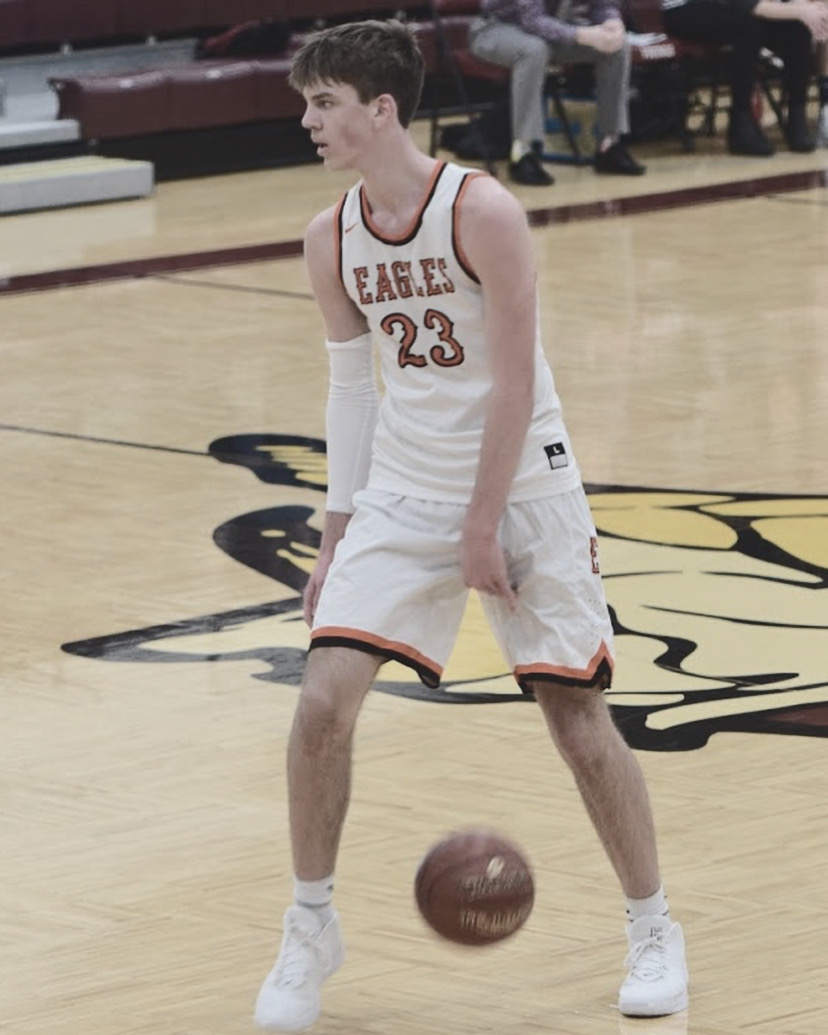 By JACOB POLACHECK Joe Hurlburt has built his game around his ability to stretch the floor, but his toughness shouldn’t be overlooked. “I broke my wrist during a game in seventh grade and played through it not knowing it was broken,” Hurlburt said in a phone interview with ZAGSBLOG Tuesday evening. Hurlburt, a 6-foot-10, 220-pound center from Enderlin Area (ND), is one of the most skilled bigs in the 2022 class. “I don’t want to label myself as any position because I just feel like I’m a ball player,” he said. “I feel like I’m more skilled than the traditional big. I shoot and dribble a lot for my height.” Ranked by 247Sports.com as the No. 13 center and No. 86 overall prospect in the Class of 2022, Hurlburt’s skill has drawn the attention of numerous college coaches with offers reaching the double-digits. Among his offers, Hurlburt says that Ohio State, Colorado, Minnesota and Iowa are the four schools in contact the most. He broke down each school: Ohio State: “I think they have a tremendous coaching staff. All those guys seem really down to Earth and seem like really good people. A lot of people are huge Buckeye fans, so they have a huge following on social media and at the games. It would be cool to be a part of that. It’s a big Buckeye family.” Colorado: “I’ve known their coaches for a really long time. They were the first high-major Division 1 school to recruit me. I’ve been out there for a camp. They’re one of the teams that have seen me at their camp. I’ve been able to tour their facilities and all that. They came to watch me work out, so it’s nice knowing that they have a lot of interest.  “Also, Austin Dufault, who played for Colorado in 2008, I know him pretty well. He was just telling me about the program. The assistant coach at Colorado gave him my number and we talked about his experience there.” Minnesota: “My older brother went there for academics, so I’m there a lot. My cousin just enrolled there. She’s a freshman this year. I’ve got tons of family in the Minneapolis area. It’s the closest school to home besides North Dakota State and North Dakota. It’s closest to home and I have a lot of family in the area. Staying relatively close would be pretty cool.” Iowa: “I just really like coach [Fran] McCaffery. He’s shown a lot of effort in the recruiting process. I really believe in what he’s preaching.” Hurlburt is also receiving interest from Iowa State, Virginia, Arizona and Memphis. “I want to be really close with the coaching staff and hopefully the players are good dudes also,” Hurlburt said. “I want to be able to contribute relatively early whenever that is. I just want to be able to have a good opportunity and play my game, not have to adjust my game.” Now, as Hurlburt enters his junior season, he says he plans on narrowing down his options ‘pretty soon’. “I’m just going to decide whenever I feel confident, like ‘this is where I want to go’,” he said. “There’s not a certain timeline.” Hurlburt says that due to the coronavirus pandemic, he feels that we may see a number of 2022 prospects delay their college decisions. “A lot of guys want to be able to see the campus before they make a decision,” he said. “It’s been difficult, not being able to take unofficial or official visits.” “I’ve been meeting with coaches by zoom or phone calls. It’s unfortunate, but it is what it is, I guess. A lot of things are more film based and there’s not any in-person contact.” Last season at Enderlin, Hurlburt averaged 21 points and 15 rebounds, but this year he has higher aspirations. “My individual goal is to win Gatorade Player of the Year,” he said. “I also want to win a state championship. I’m praying they don’t cancel it. We have a lot of cases right now, but hopefully we can win a state championship.” Photo: Inforum Follow Jacob Polacheck on Twitter Follow Adam Zagoria on Twitter Follow ZAGSBLOGHoops on Instagram And Like ZAGS on Facebook