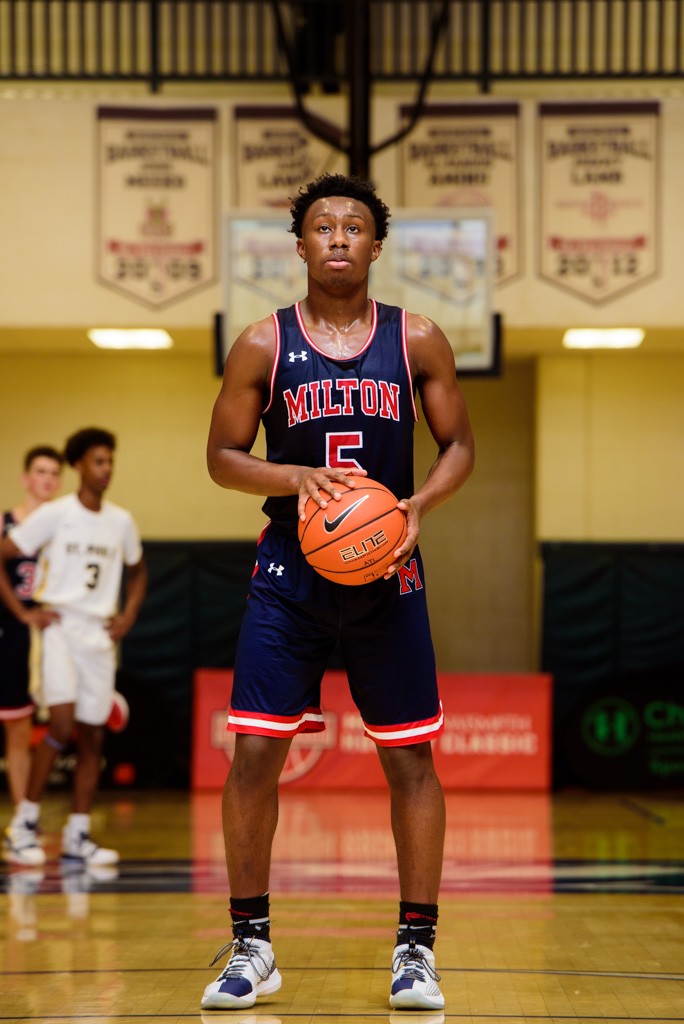 By JACOB POLACHECK & ADAM ZAGORIA Class of 2022 guard Bruce Thornton Jr. pledged to Ohio State on Thanksgiving. “I’m going to take my talents to The Ohio State University,” he announced. “I’m ready to be a Buckeye, I’m ready to go play.” The 6-foot-2, 195-pound point guard from Milton (GA) High School also considered Indiana, Purdue, Georgia and Alabama. He is ranked by 247Sports.com as the No. 6 point guard and No. 26 overall prospect in the Class of 2022. He joins shooting guards Roddy Gayle Jr. and Bowen Hardman in Ohio State’s 2022 class. “Coach [Chris] Holtmann was persistent throughout the whole time that they recruited me,” he said. “I’m just thankful for the opportunity to be in the offense, and be part of it on and off the court.” Thornton’s father was a cornerback at Georgia before playing in the NFL for four seasons. “My dream is going to the NBA and I can get my degree so I feel there’s a lot of things I can accomplish there,” he said. Photo: HoopSeen Follow Jacob Polacheck on Twitter Follow Adam Zagoria on Twitter Follow ZAGSBLOGHoops on Instagram And Like ZAGS on Facebook

Joe Hurlburt says four schools in contact the most