Gregg Marshall reportedly out at Wichita State amid allegations of physical, verbal abuse; Is Thad Matta up next? | Zagsblog
Follow @adamzagoria

Gregg Marshall reportedly out at Wichita State amid allegations of physical, verbal abuse; Is Thad Matta up next? 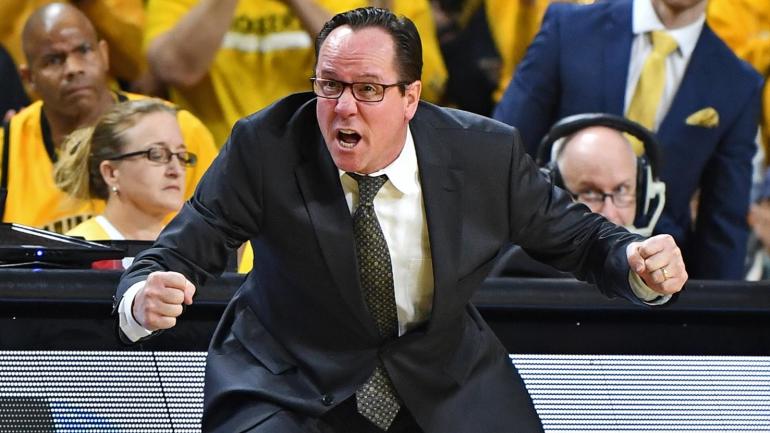 By ADAM ZAGORIA Wichita State will reportedly part ways with head men’s basketball coach Gregg Marshall this week over alleged physical and verbal abuse, and he could be replaced by longtime Ohio State coach Thad Matta. With the 2020-21 college basketball season set to begin Nov. 25, Seth Davis of The Athletic reported that Matta could replace Marshall immediately.

If Wichita State parts ways with Gregg Marshall soon as expected, Thad Matta will be at the top of the replacement list. I am hearing the school would like him to start right away and coach this season if they can pull it off. @TheAthleticCBB

Still, some thing it won’t happen.

According to a very well placed source, Thad Matta will NOT be replacing Gregg Marshall this season. What happens in the future is anybody's guess, but in the short term, not happening. https://t.co/RiDyxIZlz6

Matta, 53, coached Ohio State from 2004-17, compiling a record of 337-123 (.723). He and the school mutually agreed in 2017 that he would step down due to longtime health issues that were causing a decline in team performance and recruiting. The former Butler and Xavier coach has reportedly been interested in getting back into coaching since then. Jeff Goodman of Stadium first reported that Wichita State will part ways with Marshall after he allegedly punched former player Shaq Morris twice during an Oct. 22, 2015 practice and allegedly choked former assistant Kyle Lindsted. “I love my teammates, the city and Wichita State,” Morris told Stadium. “But if I could go back to that day when he punched me, I would have left.” After reports last month by both Stadium and The Athletic, Wichita State said it was investigating the matter. “In response to the allegations put forward in the media, I simply state unequivocally that I have never physically struck a player or colleague,” Marshall said in a statement last month. “Allegations claiming otherwise are false.” Marshall, 57, is 331-121 (.732) at Wichita State and led the school the 2013 Final Four. If he leaves the school, he would be the second high-profile coach to be let go during the lead-up to the new season. Penn State parted ways with Pat Chambers last month after an internal investigation about the program’s culture and he was replaced by interim head coach Jim Ferry. Follow Adam Zagoria on Twitter Follow ZAGSBLOGHoops on Instagram And Like ZAGS on Facebook