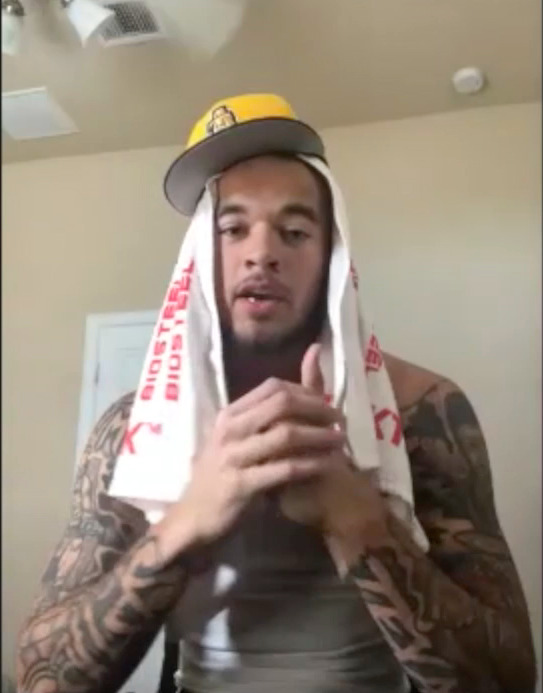 By JACOB POLACHECK Duncan Powell, one of the top remaining uncommitted prospects in the Class of 2021, made his college decision on Tuesday. “I will be committing to North Carolina A&T University,” Powell told ZAGSBLOG.com. Powell, a 6-foot-8, 220-pound power forward out of DeSoto, Texas, chose North Carolina A&T over Hampton, Dayton, Old Dominion and UTSA. “It goes a lot into the family atmosphere of it,” Powell said. “It’s a great alumni base there. The alumni there, it’s one to none. That’s a big thing. “And then the competition with basketball. They’re going to be in the Big South by my freshman year. It’s just a great relationship with coach [Will] Jones and coach [Ahmad] Dorsett. I’ve built a greet relationship over the past couple months.” Ranked by ESPN.com as the No. 85 overall prospect in the Class of 2021, Powell becomes the first Top-100 prospect to commit to NC A&T in the modern recruiting era. “They want me to come in and just dominate,” Powell said. “There’s really no word for how they want me to come in. It’s not like they ‘we want you to come in and be a shooter’, ‘we want you to come in and be a facilitator’. “They want me to come in and dominate. I’ve talked to coach Jones a whole lot about that and that’s really what they want me to do, dominate all areas.” Powell’s decision to commit to an HBCU comes just four months after five-star Makur Maker committed to Howard, becoming the first top-20 prospect to commit to a historically Black college or university. “It means a lot. You talk about the things that have been going on the past couple months, I feel that I’ve been on that wave,” Powell said. “I was previously committed to Arkansas, but with everything that’s been going on, that’s a big factor. I’ve been thinking about an HBCU. “It plays a role but then again it doesn’t,” he said. “At the same time, I’m proud of what I’m bringing to the black community and black colleges.” Powell joins a NC A&T 2021 recruiting class that features shooting guards Jaylen Jackson and Chase McDuffie. “I haven’t really talked to them like that because they haven’t gotten there yet themselves,” he said. “I’ve really just been talking to the coaches a whole lot, other students that go there and alumni.” Powell describes himself as a ‘very vocal, exciting player’. “I’m like a Marshawn Lynch, even though he played football,” he said. “I’m going to bring something new every day, there isn’t going to be anything boring with me ever. “The basketball part is easy, the basketball aspect is real easy. I can do a little bit of everything on the court.” Powell’s cousin, Adrian Powell, played at North Carolina A&T from 2009-13 and was a part of the Aggies last NCAA Tournament appearance in 2013. Last month, Powell made the decision to forego his senior season at DeSoto (TX) High School in order to prepare for college. “I feel like it’s about the future,” Powell said. “I’ve given everything I could to DeSoto. I’ve even got them tatted on me, I’ve got DeSoto on me. ” I just want to come to college healthy, ready to go and focus on getting my body right for college. High School basketball takes a toll on you, especially 6A Texas. A whole year I could be spending getting my body right. It was best for me. It was a business decision.” Follow Jacob Polacheck on Twitter Follow Adam Zagoria on Twitter Follow ZAGSBLOGHoops on Instagram And Like ZAGS on Facebook