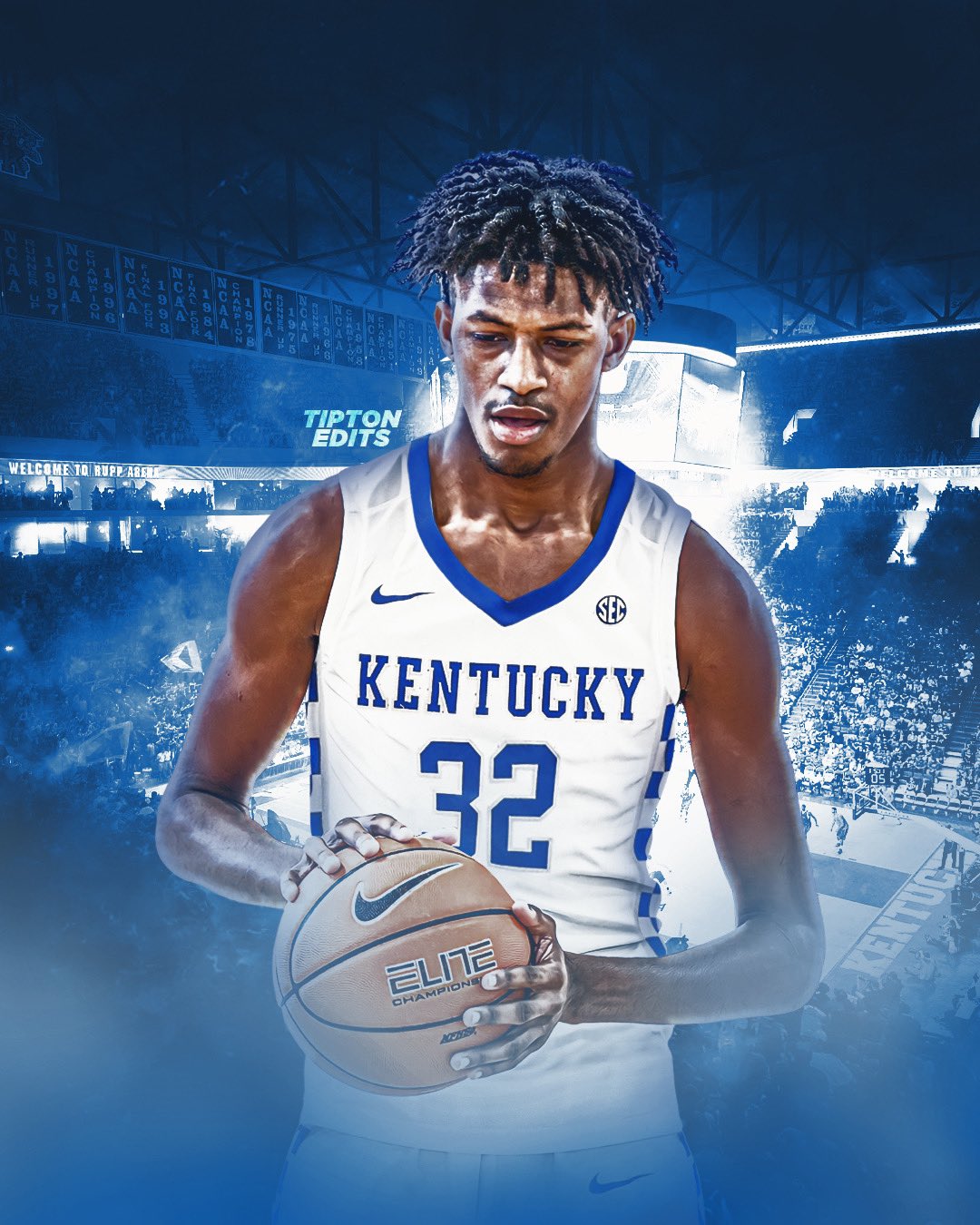 By ADAM ZAGORIA Daimion Collins, the 6-foot-9, 210-pound power forward from Atlanta (TX) High School, committed to Kentucky on Saturday. They will push me to be my best,” he told ESPN’s Paul Biancardi. “I like how their players have developed. Me playing with and against great players, hopefully it will make me a great player. I am ready for the challenge.” Ranked by 247Sports.com as the No. 4 power forward and No. 19 overall prospect in the Class of 2021, Collins chose Kentucky over Oklahoma, Kansas, Texas and Texas Tech. The Wildcats now have the No. 3 recruiting class nationally, per 247. “TREMENDOUS UPSIDE. He’s in the baby stages of his game offensively,” said Atlanta High School coach Jarrod Boston. “I see high school players who are very polished and bulked up at this stage and he’s not even CLOSE to where he’ll be in a year and more importantly 4/5 years down the road. “He’s SPECIAL on the defensive end when he’s locked in and he is such a tremendous athlete. You just don’t see guys his height have the kind of vertical he has and the incredible timing he has to block shots. He can be a game changer on the defensive end. He also is not a stranger to worker on fundamentals and his work this summer has really been showing up in practices so far this year. With some hard work, he can be a very special player.” Collins joins five-stars Bryce Hopkins and Nolan Hickman in Kentucky’s 2021 recruiting class. Hopkins, a former Louisville commit, announced his commitment to Kentucky on Monday. Follow Adam Zagoria on Twitter Follow ZAGSBLOGHoops on Instagram And Like ZAGS on Facebook