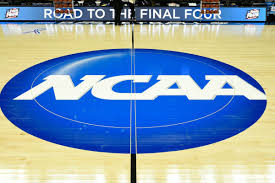 By ADAM ZAGORIA The NCAA is expected to extend the recruiting dead period through the Final Four during a vote next week, multiple sources said. The Final Four is set for April 3 and 5 in Indianapolis. “I know the concern is COVID spread in season from coaches traveling,” one coach said. “Also potential liability.” Some coaches are also saying the dead period could be extended through June, which would have major implications for players in the Classes of 2021 and 2022.

This is the current NCAA recruiting calendar but would be superseded if NCAA extends Dead Period through Final Four pic.twitter.com/bTRdfJJlyn

After all of last spring and summer was shut down due to the pandemic, the NCAA dead period currently goes until Jan. 1. “While the Council acknowledged and appreciates the growing desire to resume in-person recruiting by select coaches’ associations, Council members ultimately concluded the primary concern right now must be protecting the current student-athletes on our campuses,” Council chair M. Grace Calhoun, athletics director at Pennsylvania, said last month. “We encourage our coaches to interact with prospective student-athletes virtually in this time period.” The NCAA added: “The decision to implement the dead period was first made at the onset of the COVID-19 crisis. The Council has continued to extend the dead period under the guidance of medical experts. The majority of coaches associations also supported an extension of the dead period.” Follow Adam Zagoria on Twitter Follow ZAGSBLOGHoops on Instagram And Like ZAGS on Facebook