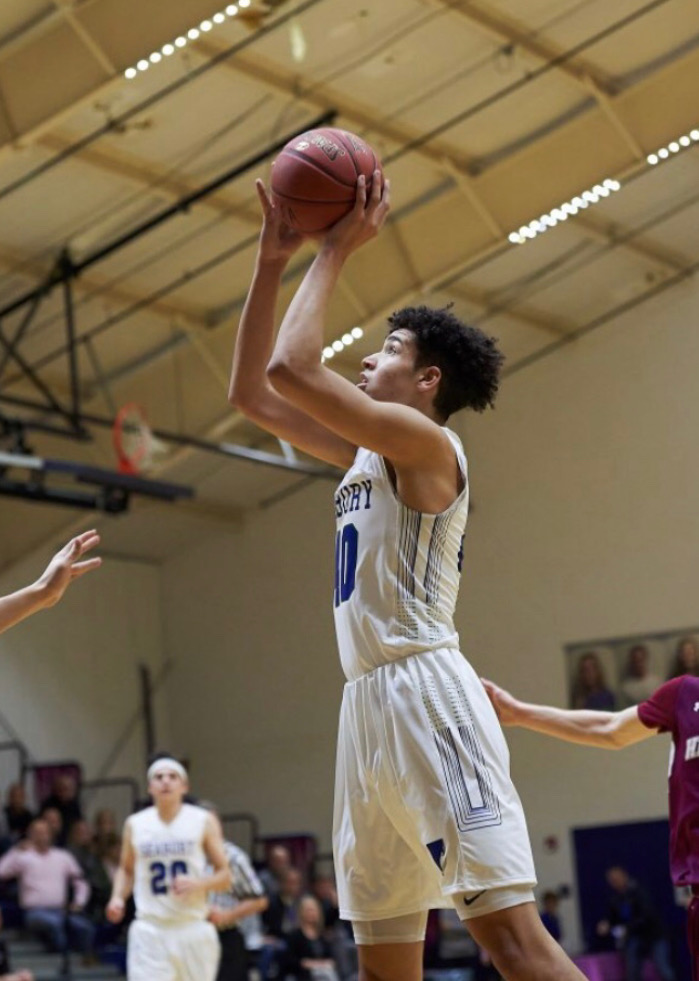 By JACOB POLACHECK Class of 2022 Juju Ramirez is hearing from three schools on a regular basis. The 6-foot-7, 205-pound forward from New Hampton (NH) School, says that Georgia, Virginia Tech and Kansas have been in contact recently. “Those are the main schools that are keeping in contact with me right now,” Ramirez said by phone Thursday evening. Of the three schools, Kansas is currently the only one to extend an offer to Ramirez. He broke down each school: Kansas: “We just have a little group chat with them and my family. They’ll send stuff about their program, informational stuff about the school and program. They’ll send videos and stuff like that, things about coach [Bill] Self.” Virginia Tech: “They’re similar to KU in that they’ll send stuff about their campus. They watched my live stream from New Hampton. They offered Alex Karaban at my school. That’s how I got interest from them. Their assistant has just been texting me.” Georgia: “Same with Georgia. They hit me up right at the contact period on June 15. They’ve been talking to me for a while now. When evaluating his options, Ramirez says he’s focusing on his relationship with the coaches. “I want to feel like I can trust them,” he said. “That’s probably at the top of my list. Also, you just always want to feel like you’re a priority and you want to be needed somewhat. Those are probably the biggest things.” After transferring from Bishop Seabury Academy (KS) over the summer, Ramirez says he’s not as focused on cutting his list, but instead more focused on his improvement as a player. “The time will come when I need to cut my list,” he said. “But I’m just trying to grind as much as I can, hopefully have a good AAU year and then make a decision before my senior year. “I’m just trying to focus on each day ahead and getting better.” Follow Jacob Polacheck on Twitter Follow Adam Zagoria on Twitter Follow ZAGSBLOGHoops on Instagram And Like ZAGS on Facebook