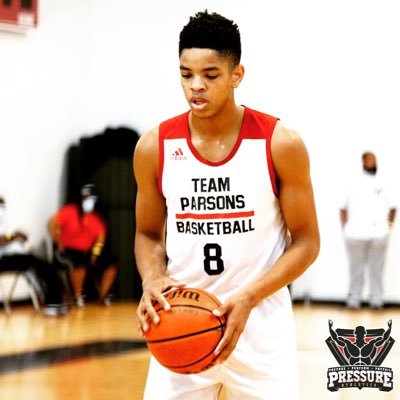 Minott is a highly athletic wing who his coach has compared to a young Kevin Durant. “Josh’s best basketball is ahead of him because he hasn’t even scratched the surface,” said Team Parsons (CP25) coach Roosevelt Gray, who has coached Minott since the sixth grad. “When I said I had the next Kevin Durant, I was just talking about his length. But as far as the handles, he’s more of a point guard than Durant will ever be because he can go one, two, three, but he’s such a mismatch for everybody because he can play the point. He can facilitate.” Gray said Minott actually did play the point at a recent AAU event in Atlanta. “They still had a big on him while we were running the spread offense, you can’t guard him with a big,” Gray said. “You put a guard on him, he’s too small. We look for those kind of mismatches and we get them every game. “He’s got all the skills and everything. The biggest thing he’s got, he’s got a work ethic that’s second to none. He’ll work seven days a week. When you get a kid that works as hard as he does and wants it as bad as he does, that’s half the battle right there.”