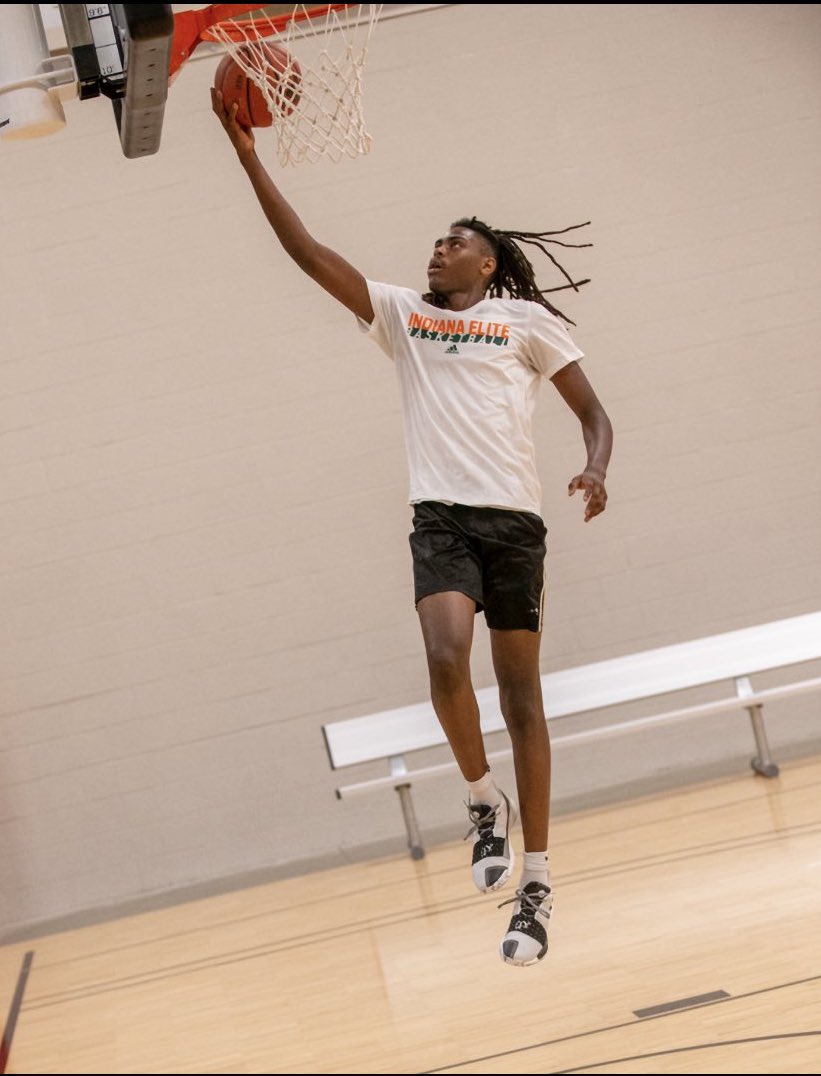 By JACOB POLACHECK While the coronavirus has prevented high school prospects from showcasing their talents for college coaches this summer, Class of 2022 guard Evan Mahaffey is taking a more positive approach. “I’m really just enjoying everything that’s coming my way,” he said. “It’s really fun, so I’m just enjoying this process. The interviews and coaches calling my phone is really fun and interesting.” Mahaffey, the 6-foot-4, 175-pound shooting guard from Archbishop Moeller (OH), currently holds offers from Miami (OH), Western Carolina and Cincinnati. He broke down each school for ZAGSBLOG by phone late Sunday: Miami (OH): “They offered me first. I went on a visit early in the year. It was around August/September. They offered me there. My dad went to school there, so they already had a feel for my family and how I was raised. They saw me play at an open gym and I came up for a visit and they offered me there.” Western Carolina: “They offered on the first day we could receive calls from coaches [June 15]. They really like how I play.” Cincinnati: “They’re the most recent one. They watched my tape over the weekend and they’ve seen me play multiple times at open gyms. This most recent AAU tournament they saw me play via live stream.” Among his his three offers, Mahaffey has taken visits to Miami (OH) and Cincinnati. “We actually got to see their practice,” he said of his Miami (OH) visit. “So what stood out to me was how hard they practice and how they are collectively. Also, how the coaching staff talked to us. The strength room was really nice too. They have a really great strength and conditioning coach and the weight room was really nice as well.” He also broke down his Cincinnati visit: “I was at a Cincinnati football game and then we went to their Midnight Madness,” he said. “The atmosphere and the support they got from everybody they had coming out to the football game was what stood out. Their facilities were really nice also.” Mahaffey is also receiving interest from Ohio State, Xavier, Virginia, Indiana, Illinois, Belmont, Duquesne and Virginia Tech. He had a Zoom call with Indiana’s coaching staff on Sunday, July 26. “That was with coach [Archie] Miller, coach [Tom] Ostrom and coach [Bill] Comar,” he said. “They just talked about how they like the way I play, how I play the game and how they want to see me play in-person. But if they can’t, they’re going to keep watching me play online. They just talked about how their campus is, their business school, how intelligent I am about the game and stuff like that.” He also met with Cincinnati’s coaching staff on Tuesday. “We were just talking really, talking about building a relationship with them even more, just trying to let us get a deeper feel for them,” he said. “We talked about how it would be, staying at home, playing for them. So, just really trying to build that relationship. They told me how I would fit in and how the rest of their recruiting is going to go.” Mahaffey says he has Zoom calls planned with Cincinnati, Ohio State and Miami (OH) this week. “[Ohio State] has seen me play a couple times and really like the way I play,” he said. “They are really interested in building this relationship even more and trying to get us on a Zoom call so we can meet everyone on the coaching staff. We’re just trying to build that relationship even more.” As Mahaffey prepares to start his junior year, he says he’s trying to ‘get a feel for colleges more’. “I’m just trying to do research on colleges and keep the relationships with different schools,” he said. “I’m just looking at the academics, the business programs and stuff like that to get a feel for them, since we’re not able to talk to them in-person.” Given the coronavirus pandemic, recruits have been unable to take college visits this summer, but Mahaffey says he plans on taking visits when he’s able to. “We’ll probably hit the local ones first,” he said. “Probably Ohio State and Indiana. Then we’ll probably get further out when that time comes.” He broke down what he’s looking for in a school: “Probably the relationship with the coaches, being able to go to them on and off the court and being able to build that relationship, almost like a father,” he said. “Also, the players and how their academics are. It’s just different factors that all go in to making a whole. I feel like once you feel that thing where it’s just like ‘yeah, this is it’ then you’ll know.” According to 247Sports.com, Mahaffey is ranked as the No. 26 shooting guard and No. 144 overall player in the Class of 2022. “I would describe myself as as a do-it-all player, someone that can play defense, get a stop, score when he needs to score, bring the ball up and post up, too,” he said. “I can block shots, box out, get rebounds and just push the ball. I’m a do-it-all player.” Photo: Indiana Elite Follow Jacob on Twitter Follow Adam Zagoria on Twitter Follow ZAGSBLOGHoops on Instagram And Like ZAGS on Facebook