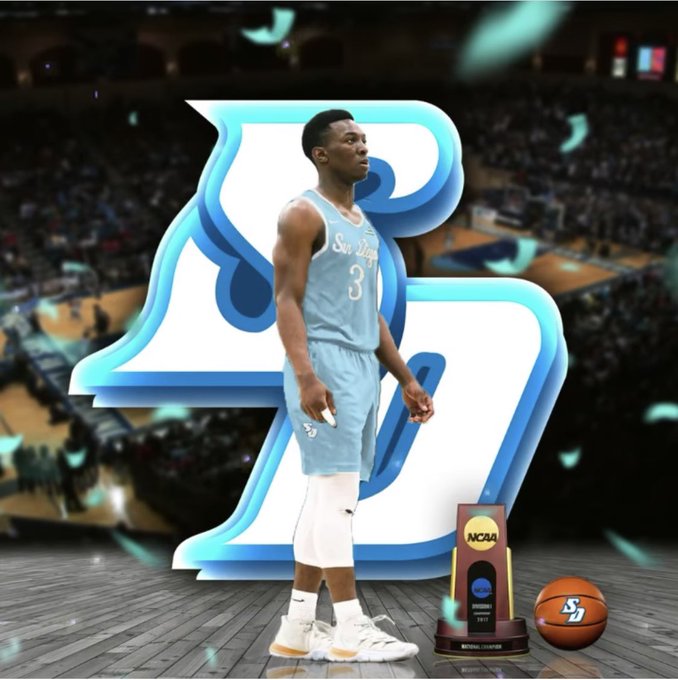 By JACOB POLACHECK When Wayne McKinney III announced his commitment to the University of San Diego on Thursday, little did he know that he was making history as the highest-ranked recruit in USD history. “To me, it’s a pretty special thing,” McKinney said in a phone interview with ZAGSBLOG Friday. “I had no clue.” McKinney, the 5-foot-11, 185-pound point guard from Coronado (CA) High School, chose USD over his other four finalists: TCU, Fresno State, Idaho State and UC Santa Barbara. “I believe it was the best academic school for me,” McKinney said. “It’s right here in San Diego. I like the coaching staff. We’ve been talking for about a year now. My family and I discussed and thought it was the right decision to commit to USD.” During the 2019-20 season, McKinney averaged 28.4 points, 7.7 rebounds and 3.6 assists per game as a junior at Coronado. “I feel like my game will fit in perfectly with USD,” McKinney said. “After watching a couple of their games this year, I saw that their guards were really aggressive on offense and defense. I’m a guard that likes to assert himself in that action, so I believe I’ll be a really good fit for that team.” He is the first commit in USD’s 2021 class. “I believe the team is going to be really good and we can win some really big games,” he said. “I believe we’re going to be a really good team for the next four years.” According to the 247Sports.com Composite Rankings, McKinney is ranked as the No. 10 combo guard and No. 126 overall player in the Class of 2021. “USD fans can expect me to play with my back to the basket, facilitate, crash the boards, get rebounds and passing the ball is one of my main things,” he said. “I love to help my guys get better while I’m on the court. I can get them open shots and things will open up for me later in the game. “I like to have my guys succeed before I do,” he said. McKinney has taken multiple unofficial visits to USD in the last year, but is yet to take his official visit. “The campus is really beautiful and the Jenny Craig Pavilion is really nice,” he said. McKinney continues the trend lately of Class of 2021 prospects committing before their senior year. “It just gets the pressure off my shoulders and it’s a school that I’ve wanted to go to, so I spoke to my family about it,” he said. “They thought I should make the decision now.” Follow Jacob on Twitter Follow Adam Zagoria on Twitter Follow ZAGSBLOGHoops on Instagram And Like ZAGS on Facebook