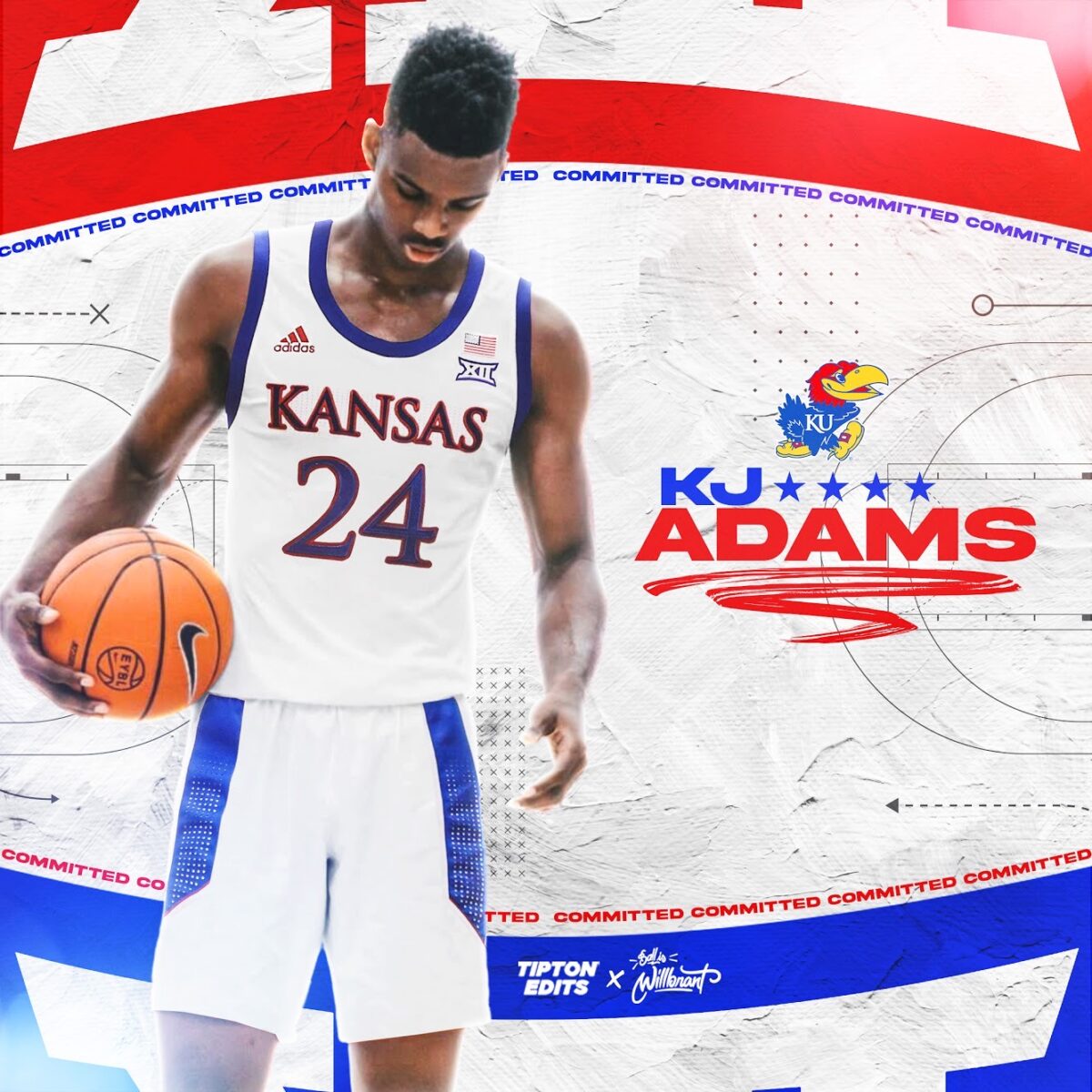 By JACOB POLACHECK Kansas has landed a pledge from Class of 2021 forward K.J. Adams. Adams, the 6-foot-7, 200-pound power forward from Westlake (TX), announced his commitment to Kansas on Friday. He broke down the factors behind his commitment for ZAGSBLOG Saturday: “Probably just their tradition and they’re family oriented. I like that as a program,” Adams said by phone. “Bill Self as a person and a coach, as well. I’ve never heard anybody talk about Bill Self as a bad person or coach.” After cutting his list to ten in May, Adams chose KU over Iowa, UCF, Iona, Texas, Oklahoma, Texas Tech, Georgetown, Baylor and Arkansas. “I feel like I’ll bring a unique piece to their offense because I’m a big guard,” he said. “They play with four guards basically, so I think I’ll fit in perfectly.” Due to the coronavirus pandemic, Adams is yet to take a visit to KU. “I just felt like it was the right decision in my heart,” he said. “I wanted to make it on my own time and it came earlier than I thought.” Adams says that he plans on visiting campus this fall. “Of course. I plan on taking a visit as soon as I can,” he said. “As soon as they say I can take a visit, I will be taking a visit to campus.” He joins four-star forward Zach Clemence as the second commit in Kansas’ 2021 class. “I texted him earlier today,” Adams said. “We were just talking about the teams we’re excited to play in our conference and just how excited we are to play with each other instead of against each other.” According to 247Sports.com, Adams is ranked as the No. 19 power forward and No. 93 overall player in the Class of 2021. “Kansas fans can expect someone that wants to win and wants to be a part of something bigger than themselves,” Adams said. “I’m willing to sacrifice minutes to get a win. “I just want KU fans to know that I’m a hard worker. I will get things done and if I don’t get something right then I will try it again,” he said. “I’m ready to contribute right away if I can.” Follow Jacob on Twitter Follow Adam Zagoria on Twitter Follow ZAGSBLOGHoops on Instagram And Like ZAGS on Facebook