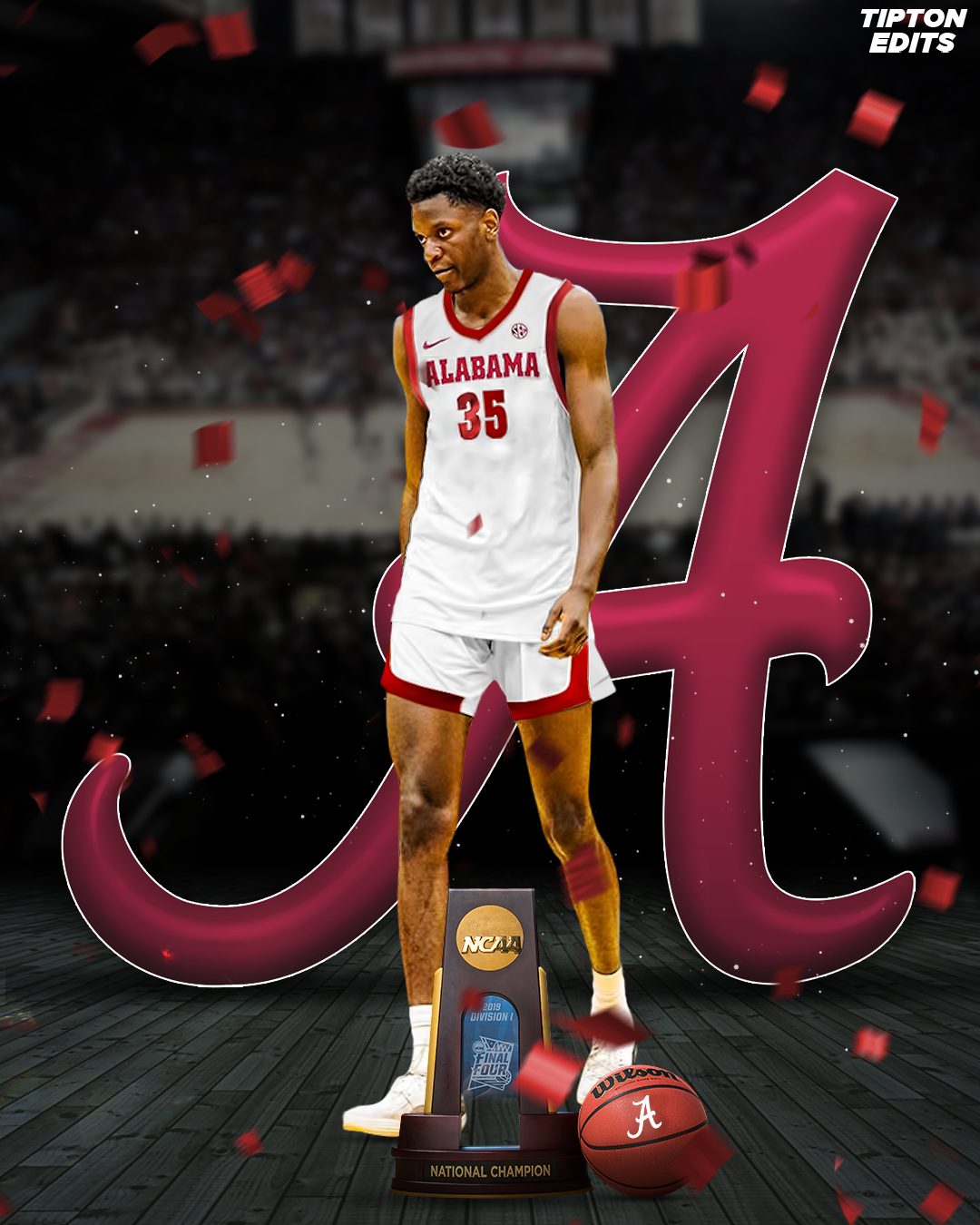 By ADAM ZAGORIA Alex Tchikou, the 6-foot-11, 213-pound power forward from Dream City Christian (AZ), committed to Alabama on Sunday. Tchikou, who reclassed to 2020 from 2021, chose the Crimson Tide over Oregon, Saint Mary’s, St. John’s, Arizona, USC, Florida State, Illinois and Mississippi State. He is the No. 16-ranked center in 2020, per 247Sports.com. Assistant Bryan Hodgson gets the assist on the commit. “The style of play is perfect for my game and the relationship I have with the head coach [is good],” Tchikou told ZAGSBLOG. “The [SEC] conference is really good, too.” He joins shooting guard Darius Miles, Canadian wing Josh Primo and Canadian power forward Keon Ambrose in what is becoming an increasingly international class for coach Nate Oats. The Tide also added Yale grad transfer Jordan Brunner. “I will bring 3-point shooting and mismatches,” Tchikou said. “If I have a smaller guy I can play big against them. If I have a big guy on me then I can beat them off the dribble. I will bring shot-blocking and rebounding, too. I can guard 1-5.” Tchikou came to the United States at the age of 16 after growing up in Paris, France. He noted the speed of the game as the biggest basketball challenge he’s had to face during the transition from France to the United States. “The game here is really fast,” Tchikou said. “In France, it’s a lot more about team basketball and how to run a play. In the US, it’s more about one-on-one and being athletic. The mentality here is totally different.” The language barrier was also big. “It’s been difficult to understand people and have people understand me,” Tchikou said. “It’s also been difficult to understand the culture.” Now he will immerse himself in the culture at Alabama. Follow Adam Zagoria on Twitter And Like ZAGS on Facebook