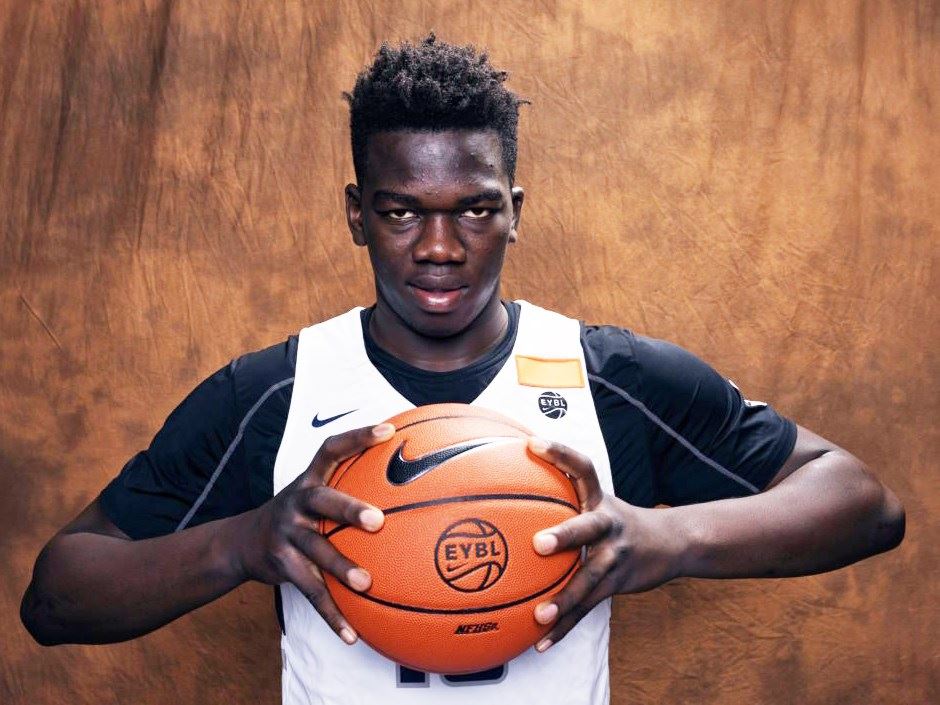 By ADAM ZAGORIA As UConn transitions back to the Big East Conference, head coach Dan Hurley can take comfort in knowing that he likely has several future pros on his roster. In addition to guard James Bouknight and big man Akok Akok, incoming freshman forward Adama Sanogo can be a future pro, Patrick School trainer David Zenon said. “He has a pretty good chance to be a pro at the NBA level,” Zenon, who trained Sanogo, Jonathan Kuminga and their teammates last season, said by phone. “He just needs to learn the game more. He’ll get in tremendous shape at UConn, that’s not a question. Just learning the game and expanding his range with his jump shot to have a consistent 15- to 18-footer because he’s going to be a Tristan Thompson-type where his main job is going to be to grab rebounds and be that rim-runner. “But if they get into the halfcourt set, he can be a sneaky option whether it’s pick-and-roll or pick-and-pop. But if he gets a consistent 15-footer, yeah, he can definitely make the league.” The 6-foot-9, 240-pound native of Mali committed to UConn over Seton Hall, Maryland and Nebraska on May 5 and his signing was announced May 28.
Sanogo averaged 13.5 points and 10.5 rebounds in 14 games at the Patrick School and then reclassified in order to begin his college career in the fall of 2020. “”He’s going to bring toughness,” Zenon said. “They’re going to get a kid with a high motor. He’s a great rebounder but he brings a blue-collar work ethic. He’s one of the hardest-working kids that I know and he’s insatiable to learn more so having Coach Hurley being able to work with him, they’re going to get a really, really good player.”

Sanogo joins a crowded frontcourt that includes seniors Josh Carlton, Tyler Polley and Isaiah Whaley, redshirt freshman Richie Springs and Akok, who is working his way back from a torn Achilles. “Akok looks great,” Hurley said Wednesday. “He’s shooting, he’s moving well, he looks great. He’s an elite athlete. He’s going to recover well from this.” While Akok is listed at 6-9 and 193 pounds, Sanogo is listed at 240 and should be able to impose his will in the frontcourt, even as a freshman. He got the better of Rutgers signee Cliff Omoruyi of Roselle Catholic several times this past season. “He’s 6-9, 250, so as a freshman in college if you’re that big already, physically at least you’re going to be able to do the things that show up on the box score,” Zenon said. “But he’s crafty enough and strong enough to finish in the paint. I think he’ll learn from coach Hurley how to properly play the game. “His frame is so big as it is, that those opportunities to do pick-and -roll will be available because he’s going to be able to set screens and he has great footwork so I think he’s going to be pretty good.” **For more on UConn: Dan Hurley finds it ‘hard to comprehend’ college hoops will start in January. Follow Adam Zagoria on Twitter And Like ZAGS on Facebook