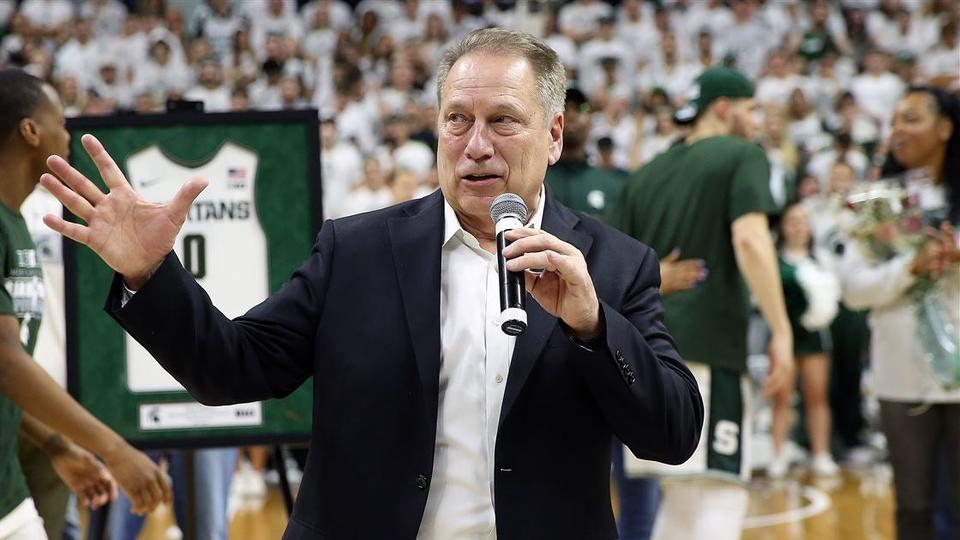 By JACOB POLACHECK Michigan State head coach Tom Izzo released a statement regarding George Floyd and racism issues in the United States on Monday. The statement was made was in response to a MSU facilities employee who is being investigated for making inflammatory and racist comments on his social media pages. This is the second time Izzo has released a statement in support of the Black community since the Memorial Day killing of George Floyd in the custody of Minneapolis police. Read Izzo’s full statement below: “It’s been five weeks since George Floyd’s murder, and in the weeks that have followed we’ve seen Americans of all races coming together to effect change. Individuals of all colors have taken to the streets, loudly sharing the message that Black Lives Matter. Difficult conversations about race are sprouting up everywhere. I’ve continued to have deep conversations with former and current players, which has served to not only further educate myself, but also caused me to reevaluate what I have thought about issues in the past. The initial steps of change are happening. “But the passage of time can create complacency. It becomes all too easy to return to what’s comfortable in life. We can’t allow that to happen. Fighting systemic racism, police brutality and stopping other acts of violence against Black Americans has to be a priority and must remain a priority. It can’t fade away from our mind because it’s convenient or the moment has passed. It’s been said this is a movement, not a moment. But that’s only true if we continue to push the issue. As white Americans, we sometimes think it’s enough to say that we aren’t racist. But that’s selfish – that’s just being worried about ourselves. In life, as in sports, the best leaders care about others, and influence others to act. Those of us in privileged positions must not stop using our platform to influence others to join and continue the fight. “Despite all the positive momentum and people rallying together, we’ve seen people continue to make hateful statements, reminding us just how far we have to do. We have an obligation to stamp out racism wherever it presents itself, but especially when we see it in our own backyard. Recently, hateful messages from a Michigan State employee posted on social media have been seen nationally. And while the university has a process it must follow, as a leader I also have a duty to speak out. An obligation to let our current players know they are supported, to let our past players and alums worldwide know that the University they love has their back, and most importantly to let everyone know that hate won’t be tolerated at Michigan State. It’s an insult to our University. It’s not what we stand for … it’s not who we are. Follow Jacob on Twitter Follow Adam Zagoria on Twitter And Like ZAGS on Facebook