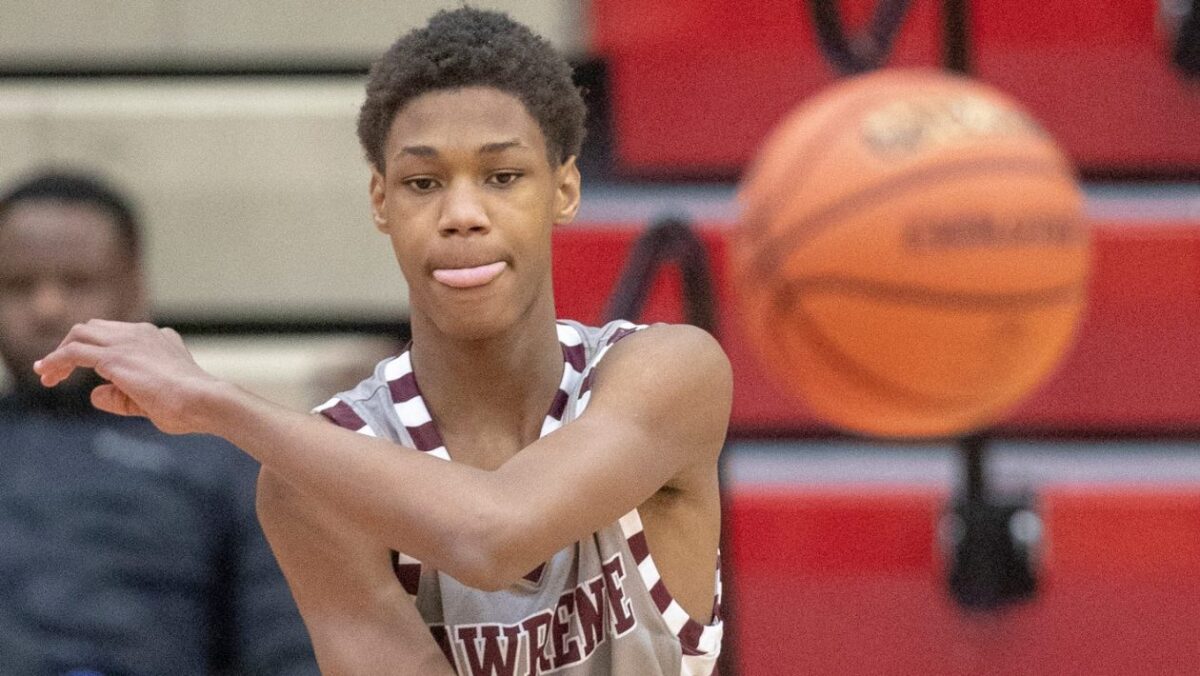 By JACOB POLACHECK With his older brother D’Andre heading to Louisville this fall, Class of 2022 forward D’Ante Davis is already drawing the attention of college coaches. Davis, the 6-foot-6, 170-pound small forward from Warren Central (IN), currently holds offers from Nebraska, Xavier, Butler, Louisville, Purdue and Indiana. He broke down each school for ZAGSBLOG Thursday: Nebraska: “When I went to the Nebraska Camp, I played and got to talk to their head coach and assistant. From the start, it was just a good vibe. Through all the trials and tribulations, they kept coming after me and recruiting me.” Xavier: “When I first met coach [Travis] Steele, he was a great guy. He’s got great energy and gives off a great vibe. I could tell that he is coming after me hard. He was straightforward with it. I like coach Steele.” Louisville: “The whole coaching staff is great. That’s also one that’s been there from the start. Great energy. I could tell that they’re coming after me hard. I also got great vibes from Midnight Madness. It was live.” Purdue: “When I first went out to Purdue, I was talking with coach Micah Shrewsberry. We had a good conversation and actually went to practice and the football game. He has great energy. We talked about a lot. He’s a great guy, great coach, as well as Matt Painter. Coach Painter, he’s a great guy as well. I had a few conversations with him. His vibe is great, I can tell. He’s coming after me hard.” Indiana: “IU, I did a virtual visit with them. They’ve been recruiting me for a long time. They’ve been to a lot of my games. They’ve shown a lot of support and tell me what they like about me a lot. They really love me and want me to be there.” Butler: “I went to a visit there and they were thorough about everything they went through. They showed me the school, where people stay. They showed that it was important for them to do that. They made me feel important.” Of the schools that have offered, Davis has taken unofficial visits to Nebraska, Xavier, Louisville, Purdue and Butler. “I haven’t visited IU, but I will soon,” Davis said. “I did a virtual visit with them.” Davis has also received interest from UCLA and Arkansas. Arkansas recently reached out on Wednesday,” Davis said. “They talked about the school and they said they want me. They’re recruiting me hard. We just talked about a few different things.” Davis’ older brother, D’Andre, is four-star small forward that signed to Louisville for the fall after originally committing to Nebraska. With D’Andre recently wrapping up the recruiting process himself, Davis says that he’s been able to learn from his older brother. “Just being aware, evaluating the schools on an even playing field and looking at what coaches are recruiting me,” Davis said. “He’s taught me to be patient and make the smartest decision and my own decision.” “He taught me to never make my decision based on what other people want or anything like that. I should make my own decision on how I feel because if I don’t then I’ll always live with what ifs.” Specifically, Davis says he’s looking at his relationships with the coaching staff, the players and play style when making his decision. “I’m looking at what coach can push me to my full potential,” he said. “What coach really cares? What coach is going to coach me hard and love me at the same time? Really just where I can excel to reach my full potential and get to the next level. That’s how I’m going to base my decision.” According to 247Sports.com, Davis is ranked as the No. 23 small forward and No. 73 overall player in the Class of 2022. “I’m very versatile, competitive and I get to the rack,” Davis said. “I can shoot it well, I’m athletic and I play both ends of the floor.” Davis says that his older brother has had a big impact on the way he plays today. “Everything I learned, I learned from him,” he said. “I’ll always want to be better than him and he’ll always want to make sure he’s better than me. That’s what keeps us both pushing.” “You could say our play styles are similar. I do think, we’re different players at the same time though.” Photo: IndyStar Follow Jacob on Twitter Follow Adam Zagoria on Twitter And Like ZAGS on Facebook

Class of 2022 guard Jaden Schutt breaks down his offers