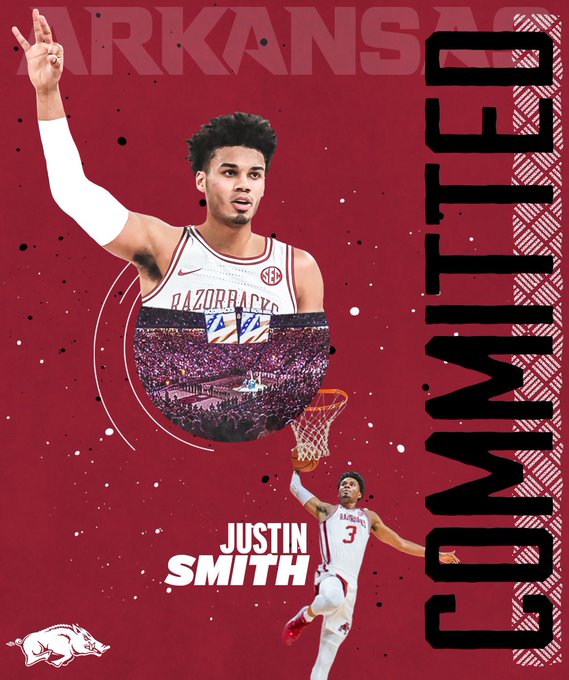 By JACOB POLACHECK Arkansas has landed a commitment from Indiana transfer Justin Smith, he announced Monday via Twitter. He will be eligible immediately with one year to play. “The deciding factor was the opportunity to play in a different, exciting conference like the SEC while also being able to play for coach [Eric] Musselman and his staff,” Smith told ZAGSBLOG via text Monday. “I feel I’ll fit in with this system well because of the freedom it allows it’s players.” Smith, the 6-foot-7 forward from Buffalo Grove, IL, averaged 10.4 points, 5.2 rebounds, 0.9 assists and 1.0 steals per game in 32 games played during the 2019-20 season. He started in all 32 games for the Hoosiers, averaging 30.4 minutes per game. “Fans should expect a player that will give his all on both sides of the court and will play winning basketball,” he said. “I’m most excited to get out in front of the passionate Arkansas fans.” Smith is the third graduate transfer to commit to Arkansas this offseason joining Jalen Tate and Vance Jackson. After announcing his intentions to transfer in May, Smith heard from schools such as Illinois, Georgetown, Iowa State, Purdue, Maryland, Mississippi State, Notre Dame, Oregon, Wake Forest, NC State and Virginia Tech, among others. Follow Jacob on Twitter Follow Adam Zagoria on Twitter And Like ZAGS on Facebook