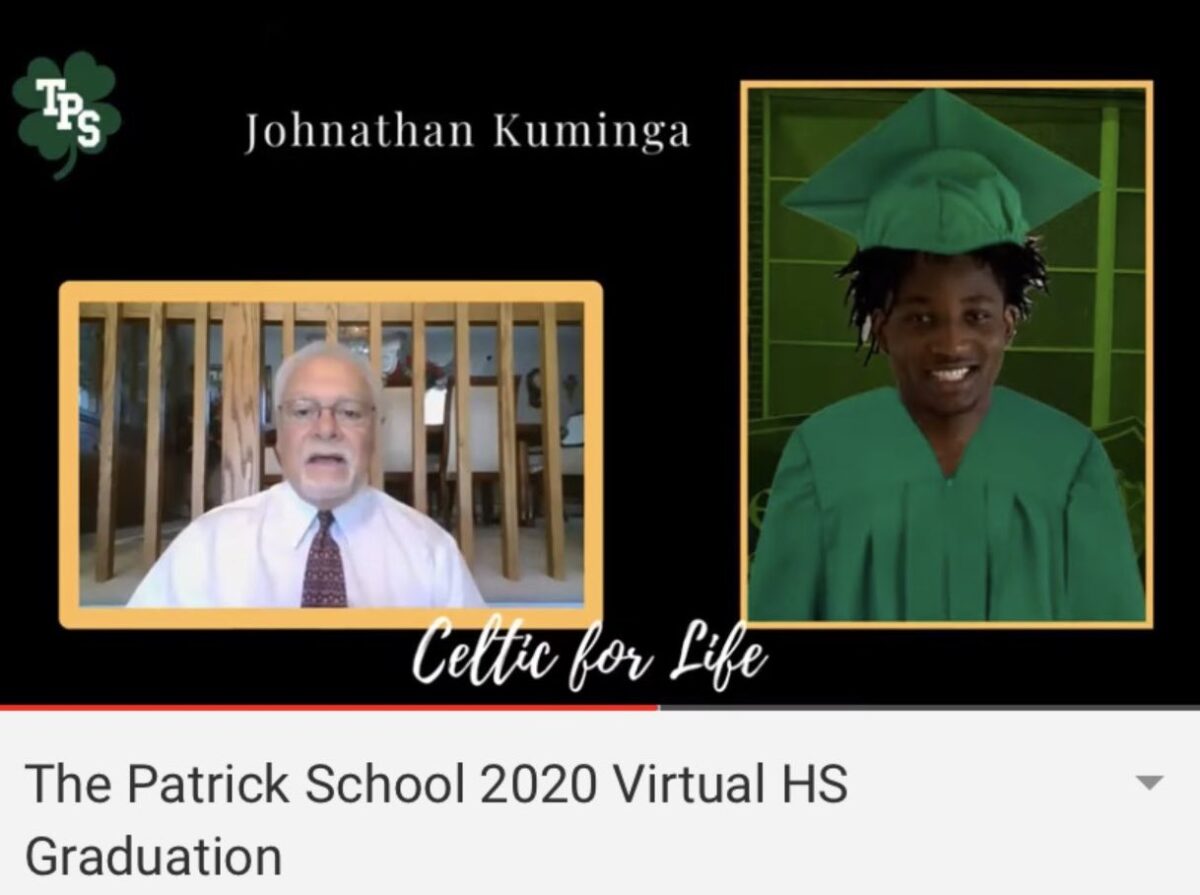 By ADAM ZAGORIA and JACOB POLACHECK Jonathan Kuminga, the 6-foot-8 forward from The Patrick School, graduated from high school on Friday and is now officially a member of the Class of 2020 and is free to reclassify. Kuminga, who turned 17 on Oct. 6, recently announced that he is considering Auburn, Duke, Kentucky and Texas Tech, along with the NBA G League path for the 2020-21 season. A native of the Democratic Republic of Congo, Kuminga is the No. 1 player in the 2021 ESPN 60 and also the projected No. 4 pick in the 2021 Draft, per ESPN. In addition to Kuminga, Class of 2020 point guard Cade Cunningham may be reopening his recruitment after Oklahoma State was hit with a postseason ban for the 2020-21 season. Cunningham is projected by ESPN.com as the No. 1 overall pick in the 2021 NBA Draft. Here’s a look at how Kuminga would fit into his remaining five options: Auburn: Bruce Pearl’s club currently has a five-man recruiting class ranked No. 7 nationally by 247Sports.com. The group includes point guard Sharife Cooper, shooting guard Justin Powell, power forwards J.T. Thor and Chris Moore and center Dylan Cardwell. Kuminga, who has been recruited by assistant Ira Bowman, would add a powerful wing player to an already impressive class. Duke: The Blue Devils have the nation’s No. 3-ranked class with a six-man group including point guard Jeremy Roach, combo guard DJ Steward, small forward Jalen Johnson, power forwards Jaemyn Brakefield and Henry Coleman and center Mark Williams. That is a big class, but Kuminga is more than talented enough to find his niche, and Coach K has been on him for a long time, most recently watching him play at the John Wall Holiday Invitational in December. Former Duke star Kyrie Irving is heavily involved with The Patrick School and helped run a two-hour practice at his alma mater. “He’s been helping on everything,” Kuminga said. “He really comes here and motivates us, tell us we gotta do this, what’s right for us. That’s pretty much what he’s been saying, and helping us on everything.” Kentucky: John Calipari’s club has the nation’s No. 1 recruiting class with point guard Devin Askew, shooting guards B.J. Boston and Terrence Clarke, small forward Cam’Ron Fletcher, power forward Lance Ware and center Isaiah Jackson. They also add grad transfer Davion Mintz (Creighton) at the point and former Wake Forest big man Olivier Sarr, who is looking to obtain a waiver to play immediately. Calipari visited Kuminga last fall at The Patrick School and watched him play in New Jersey on New Year’s Day before Kentucky’s class fully took shape, but he would be the cherry on top of the nation’s No. 1 class. Texas Tech: Chris Beard’s club has the nation’s No. 9-ranked recruiting class, headlined by Prolific Prep (CA) guard Nimari Burnett, who has been recruiting Kuminga to Tech. They also add former VCU big man Marcus Santos Silva via the grad transfer market. Perhaps more importantly, Joel Ntambwe, Kuminga’s older brother, will be eligible this season for the Red Raiders, meaning the brothers could presumably play together for one season before Kuminga heads to the NBA. NBA G League: The G League has made headlines this offseason by signing Jalen Green, Isaiah Todd, Daishen Nix and Kai Sotto to play for its new “Select Team” that will be based in Los Angeles and will play a limited number of games against regular G League teams. All four players will receive six-figure contracts, with Green reportedly set to earn $500,000. Kuminga would likely be in line for similar money and would be able to train in a professional environment and be mentored by older players while preparing for the NBA Draft in 2021. “Some of these kids are ready, some of these kids don’t want to go to school, they want to be pros,” said Sam Mitchell, who is expected to coach the Select Team. “They want that lifestyle, and that’s the thing that we’re going to teach them.” Follow Jacob on Twitter Follow Adam Zagoria on Twitter And Like ZAGS on Facebook

Moussa Cisse to announce next week