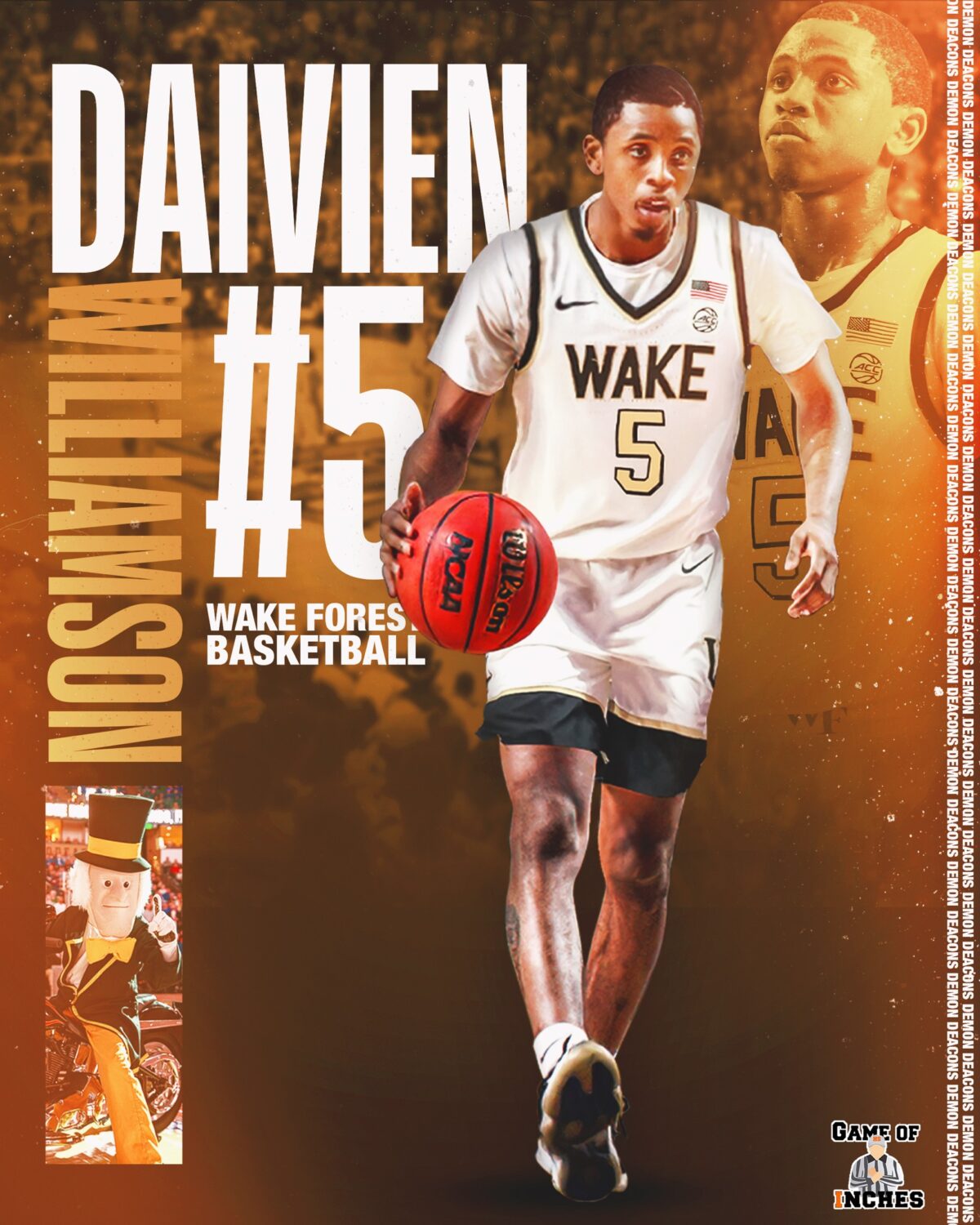 By ADAM ZAGORIA Daivien Williamson is changing schools but keeping the same coach. The 6-foot-2, 170-pound guard will transfer to Wake Forest and play for coach Steve Forbes, his former coach at East Tennessee State and the new coach of the Demon Deacons. The Winston-Salem, N.C. native chose Wake Forest over BYU, Georgetown, San Diego State and Tulsa. He will have to sit one year to play two, although he said “requesting a waiver is a possibility.” “I’m going to Wake Forest, staying at home,” he told ZAGSBLOG. “I had already developed a great relationship with coach Forbes and the staff he took over with at Wake Forest. I’m at home, I get to play in the ACC. Wake Forest is one of the highest academic schools in the nation, too, so it’s just a win-win all-across the board.” Williamson averaged 10.4 points, 2.6 assists and 2.0 rebounds last season, and will help stock Wake Forest with some experience going forward. “I will definitely use my speed, my scoring ability, my play-making ability,” he said. “Coach Forbes did a really good job of putting me in position to use my speed so that’s another reason why I went, too. I feel I really fit his style of play. The way he uses me on the offensive end really fits my style of play.” Wake Forest saw seven players enter the transfer portal after the coaching change, with Chaundee Brown (Michigan) and Olivier Sarr (Kentucky) opting to leave. Other potential transfers, including Ody Oguama, Ismael Massoud and Jahcobi Neath, chose to remain at Wake. It remains unclear what Sharone Wright, Jr. and Michael Wynn are doing. They also lost several commits in the Class of 2020 but will keep guard Quadry Adams. Follow Adam Zagoria on Twitter And Like ZAGS on Facebook