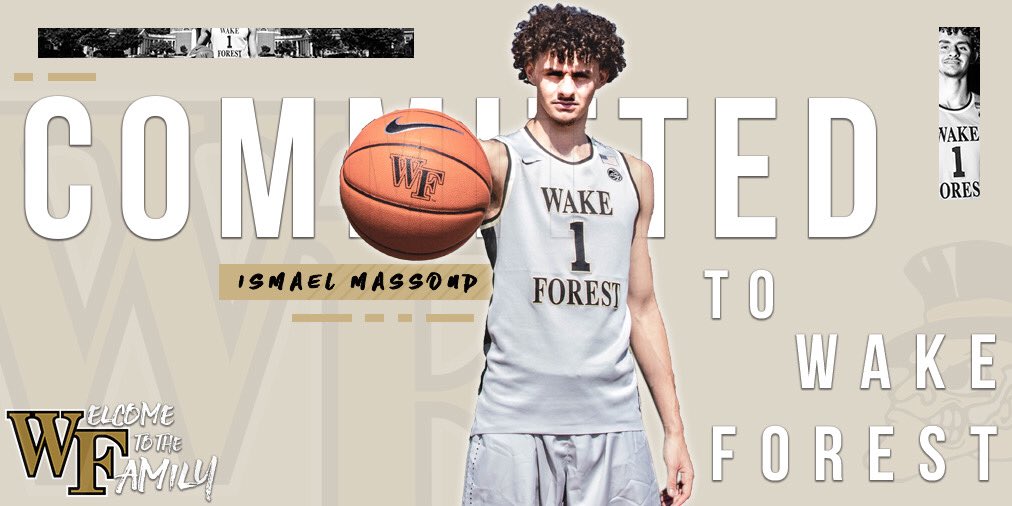 By RYAN McMULLEN Ismael Massoud , the 6-foot-9, 200-pound forward from the MacDuffie School (MA) and the PSA Cardinals, announced his pledge to Wake Forest Monday on Twitter. Massoud chose the Deamon Deacons over Auburn, Georgia Tech, Harvard, and Rutgers. “I decided on Wake Forest and the reason I picked is one because of the coaching staff since they have been there since the very start of my recruitment and stayed consistent,” he told ZAGSBLOG. “Along with the fact that all of them have pro experience so they’ve done what I’m trying to do and there’s so much I can learn from in terms of my own development along with their top notch strength and conditioning program, and then the school itself was beautiful with a family feel as well as their top notch academics which made them the best of both worlds. ” Jacque Rivera, the head Coach of MacDuffie, commented on his commitment. “Wake Forest is getting an extremely high character, selfless individual who is extremely motivated in being a good person, in his academics and athletics,” he said. “Ismael is going to do well.” Said PSA Cardinals coach Isaac Green: “Ismael is a guy who embraces personal sacrifice for the betterment of the team. Considered a ‘4-star prospect’ on the court who has yet to touch the surface of his potential, Ismael is a 5-star kid off the court.” According to 247Sports, Massoud is a four-star prospect, ranked No. 125 nationally, and is the No. 2 player from New York. He is the first commit for Wake’s 2019 class as they continue to make a push five-stars Wendell Moore, Cole Anthony, Trayce Jackson-Davis, and four-stars Patrick Williams and Tyrese Samuels. Follow Ryan on Twitter Follow Adam Zagoria on Twitter And like ZAGS on Facebook