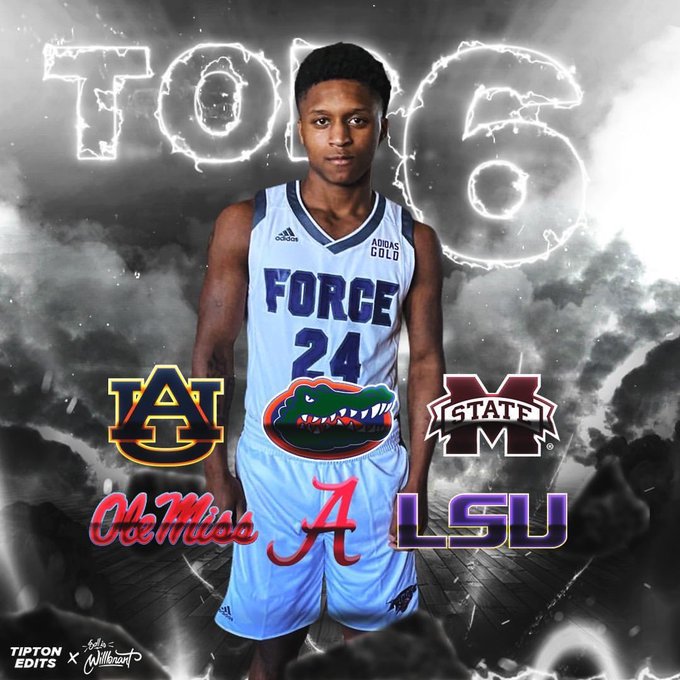 By JACOB POLACHECK Daeshun Ruffin is down to six. Ruffin, the 5-foot-9, 160-pound point guard from Callaway (MS), named Auburn, Florida, Mississippi State, Ole Miss, Alabama and LSU as his top six schools on Sunday, via Twitter. Ruffin told ZAGSBLOG in February that Ole Miss, Auburn, Alabama and LSU were the main schools involved in his recruitment and broke down each school: Auburn: “They’re really just telling me how I fit into their program and where they see me in the future, such as how many years I might stay and how I could excel in their offense.” Ole Miss: “Same thing: How I fit into their program and what they see me doing. Being from Mississippi, I could be the face of the program. ” LSU: “We haven’t really talked that much. We text from time to time and I really keep up with their season.” Alabama: “Same thing. There are a couple guys from Mississippi. They talk about how I could fit in with those guys. I could also take the program to the next level. ” Ruffin was previously committed to Auburn, but de-committed last June. He has taken official visits to Alabama and Ole Miss. According to 247Sports, Ruffin is ranked as the No. 38 overall player in the Class of 2021 and the No. 4 ranked point guard. Follow Jacob on Twitter Follow Adam Zagoria on Twitter And Like ZAGS on Facebook