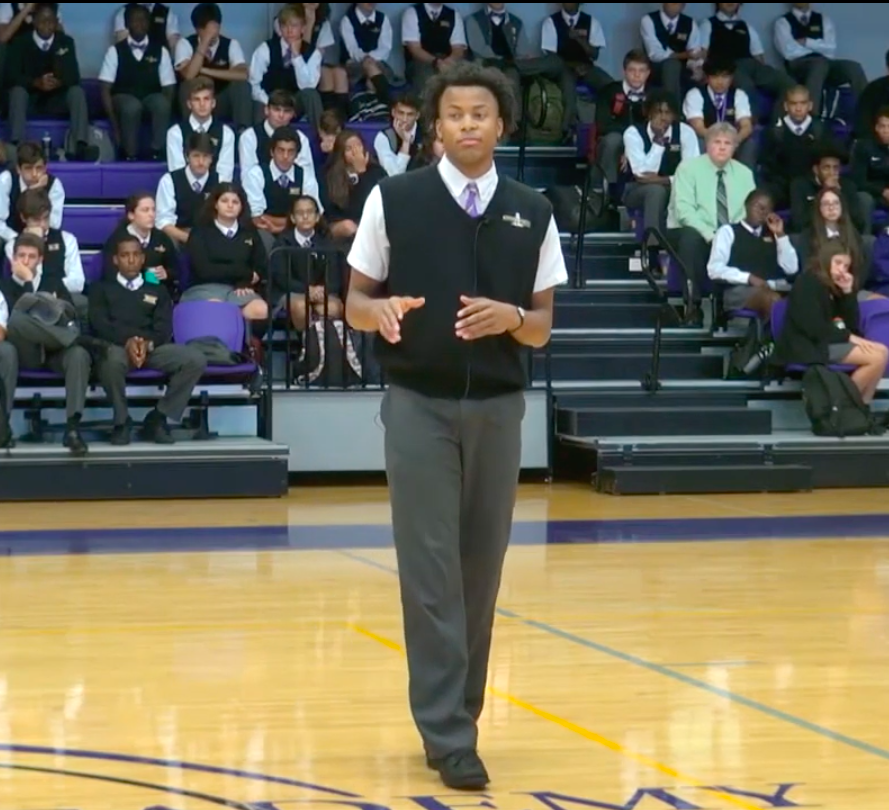 By JACOB POLACHECK Arkansas signee Moses Moody shared an original poem called “He Beat The Streets” that he wrote for his senior speech at Montverde Academy (FL) on Thursday, via Twitter. “I can’t change the station when I see my youth dying on TV,” Moody said in the poem. “I got this deeper connection since they all look like me. I’m tired of seeing that the 5-0 [police] have murdered another unarmed black male.” “But I guess we’re always armed, because in their eyes, pigment is equivalent to a pistol. But I don’t feel like they’re bad people. I feel like they genuinely scared for their life.” Moody shared his speech to social media shortly after the death of Minneapolis resident George Floyd on Monday. Floyd, 46, died in Minneapolis on Monday after being handcuffed and pinned to the ground by Minneapolis police officer Derek Chauvin. Chauvin, 44, was charged Friday with third-degree murder and second-degree manslaughter. Sparked by the killing, widespread riots and protests have emerged all over the United States. The speech was originally published to YouTube on Feb. 20, before Moody shared it to Twitter Thursday. Moody, the 6-foot-6 shooting guard from Little Rock, AR was a member of the 2019-20 Montverde team that finished the season with a perfect 25-0 record before the season was cut short. Moody is part of Arkansas’ incoming 2020 class that is ranked No. 7 in the nation, per 247Sports.com. Follow Jacob on Twitter Follow Adam Zagoria on Twitter And Like ZAGS on Facebook