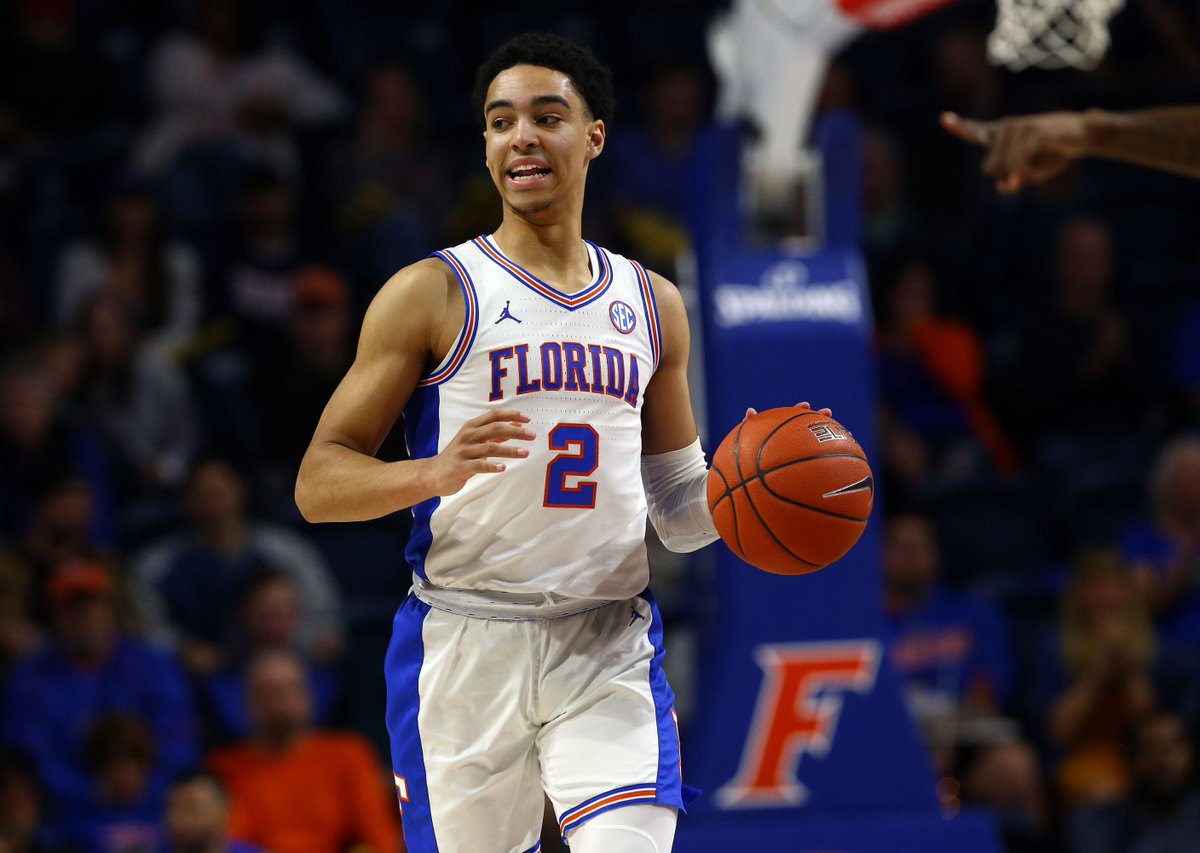 By ADAM ZAGORIA Florida point guard Andrew Nembhard will withdraw from the NBA Draft and transfer, sources confirmed. The news was first reported by Jeff Goodman of Stadium. The 6-foot-5 sophomore averaged 11.2 points, 5.6 assists and 3.0 rebounds last season for the Gators. Nembhard initially chose Florida over Gonzaga, Ohio State, and USC in October 2017. He visited Gonzaga in high school. As of Monday, Gonzaga, Duke, Oregon, Memphis, Georgetown, UCLA and USC had reached out, per ESPN’s Jeff Borzello.

“Andrew’s upside is NBA starting guard,” UPlay Canada coach Dwayne Washington previously told ZAGSBLOG. “He’s way ahead of where Dennis Schroder is. He already shoots it better. He’s a legit 6-4 and defends the position. Montverde coach Kevin Boyle said Nembhard will eventually be a first-round pick. “He’s a great player and person,” he said. “Andrew will be a four-year starter and will be mid-to-late 1st round pick. He makes every player and person he touches better.” Meantime, Florida figures to have a very athletic and fast lineup next season with Scottie Lewis and Keyontae Johnson both returning after pulling out of the NBA Draft, along with the returns of Omar Payne, Tre Mann, Tyree Appleby and Anthony Duruji. Florida also added 6-11 Daytona Beach native Colin Castleton, a stretch four who transferred from Michigan. Castleton will have to sit one to play two unless he obtains a waiver. Follow Adam Zagoria on Twitter And Like ZAGS on Facebook