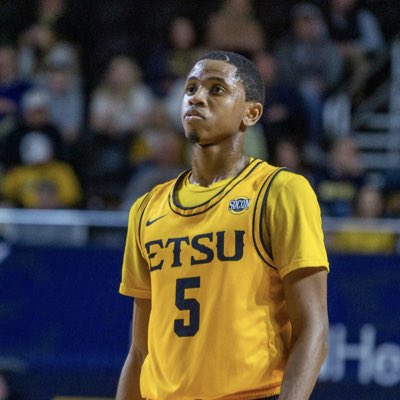 By ADAM ZAGORIA East Tennessee State transfer Daivien Williamson is down to five schools and will announce “in the next couple of days.”

The 6-foot-2 sophomore guard will sit one to play two after averaging 10.4 points, 2.6 assists and 2.0 rebounds last season. He broke down his top five for ZAGSBLOG: Georgetown: “I like the way that they play. They really push the tempo and that’s comfortable to play with.” BYU: “Coach [Mark] Pope is really building something special at BYU and it would be cool to be a part of that.” San Diego State” “They really let their players play, and I loved watching those guys play last year.” Tulsa: I’ve had a great relationship with coach [Frank] Haith for awhile now, and he’s a really good man and coach.” Wake Forest: “I’m already home, I have a great relationship with [Steve] Forbes and the whole staff, I’m very familiar with the system already.” Follow Adam Zagoria on Twitter And Like ZAGS on Facebook