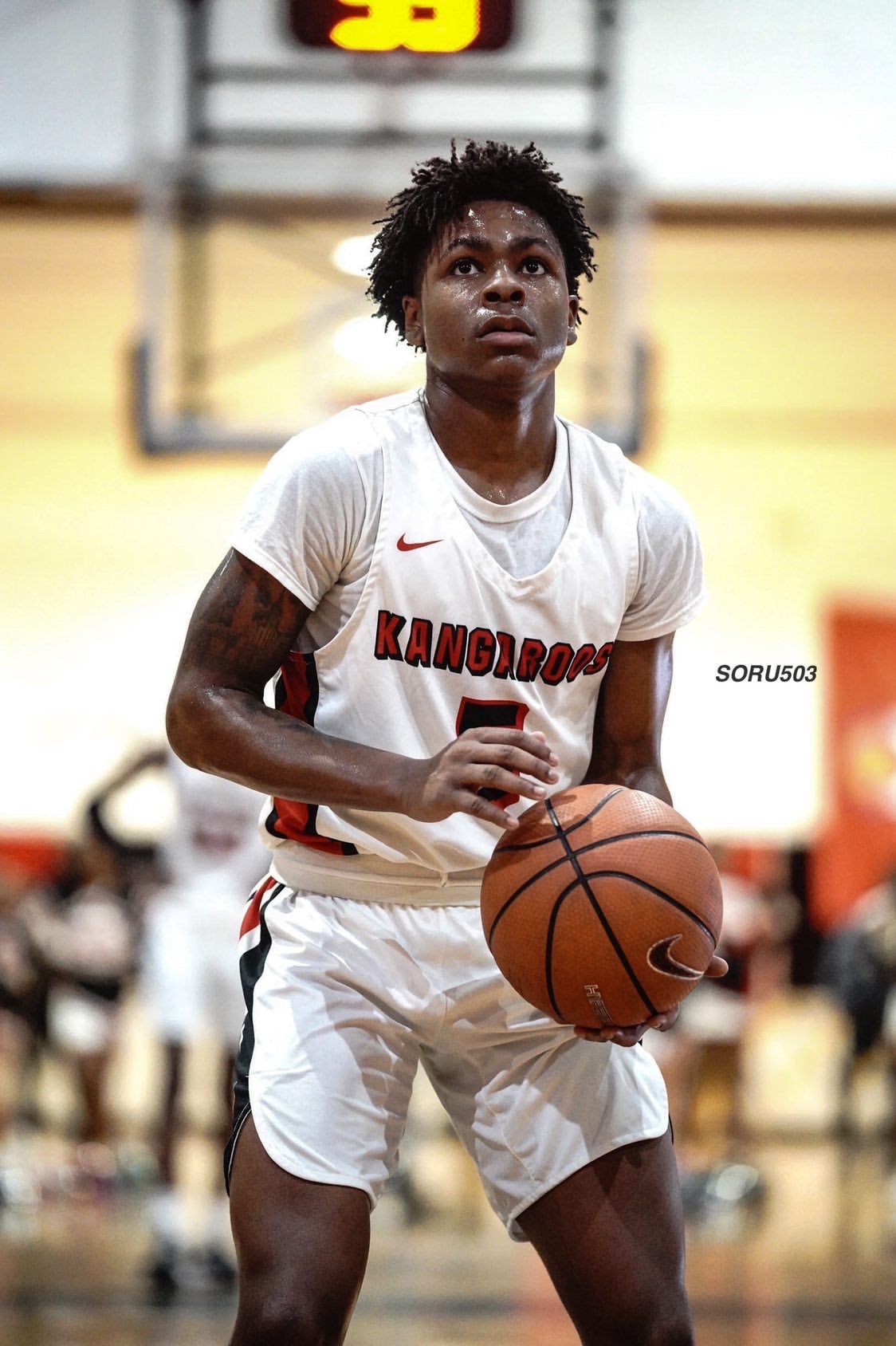 By ADAM ZAGORIA Ahead of a normal summer, Khalil Brantley would be figuring out who he’s going to play AAU basketball with and preparing to make an impression on the summer circuit. But of course, this summer is anything but normal and Brantley, like a lot of other high school players, probably won’t play AAU at all. “I was telling all the [AAU] coaches that were coming at me asking me to play with them that I was going to wait until the school year was over with,” he said by phone. “And then the corona thing happened so I’m not sure who I’m going to play with right now.” Still, the 6-foot, 170-pound point guard has been adding a number of high-major offers in recent days, with Oklahoma State, Georgetown and Manhattan all offering him last week. He previously held offers from Seton Hall, Creighton, Vermont, Iona and Florida International, while Indiana, Oregon State, Xavier, South Carolina, Pittsburgh, Marquette, Fresno State and Hofstra have shown interest.

What a shot. Khalil Brantley drill a DEEP three-pointer as time expires as Boys and Girls defeats Brentwood, 65-64, at the Shooting Stars Basketball Showcase at LuHi. Brentwood falls to 8-1. pic.twitter.com/rAmiMLkwlB

And why not? Brantley averaged 34.2 points, 9 rebounds and 4 assists in 27 games this past season with the legendary Brooklyn Boys and Girls program under coach Ruth Lovelace. The Kangaroos were the PSAL Brooklyn AA Division champs and Brantley made the New York State Sportswriters Association’s Class AA first-team. Brantley broke down the messages of some of his top suitors: Seton Hall: “Basically I would come in as a freshman and have an instant impact as a leader, offensively and defensively. I would be able to lead a team early as a freshman and they would put me in different positions where I would be able to succeed and be able to be coached to make it to the next level.” Oklahoma State: “Basically the same thing. Come in as a freshman and make an instant impact in that environment that they have” Georgetown: “Georgetown’s basically saying come in, being able to lead a team because a couple of senior guards would be leaving by the time I’d be coming in and then being able to carry on that Georgetown legacy both offensively and defensively.” Brantley grew up in North Carolina and spent his freshman year at Rocky River (N.C.) High School near his mother. He then transferred to Boys and Girls for his sophomore year, and now lives with his father. His “dream school” as a freshman and sophomore was “Duke,” but “that kind of went out the window.” Now he’s focused on the schools that are interested in him. “I’m going to wait, I’m not going to commit anytime soon,” he said. “I’m going to take a couple of visits first and see how I like it on campus. And see how the coaches feel and how everything goes with that.” He models his game after Kyrie Irving. “[I like] to help and get my teammates involved, score when we need it, slow the game down when it gets out of control,” he said.”Basically being an on-court coach and being the voice of the team.” Follow Adam Zagoria on Twitter And like ZAGS on Facebook