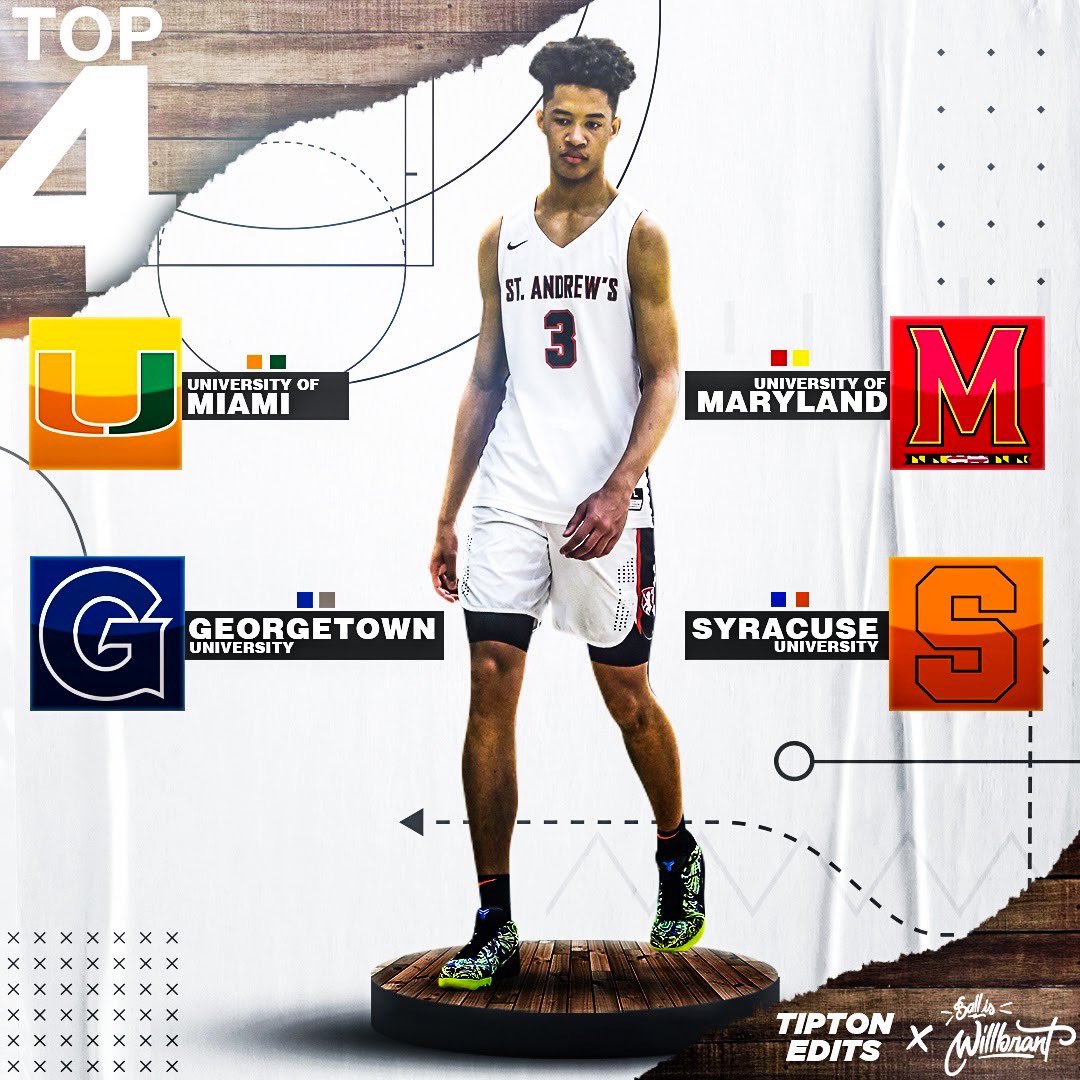 By ADAM ZAGORIA Benny Williams, the 6-foot-9, 185-pound forward from St. Andrew’s Episcopal School (MD), has trimmed his list to four schools. Ranked the No. 10 small forward in the Class of 2021 by 247Sports.com, Williams is down to Georgetown, Maryland, Miami and Syracuse.

He broke down his remaining four schools for ZAGSBLOG: Syracuse: “Syracuse has been recruiting me the longest. I’ve built a great relationship with coach [Jim] Boeheim and coach [Red] Autry.” Maryland: “I speak with Coach [Mark] Turgeon regularly. He has a great plan and vision for the program. He wants me to be a part of that plan.” Georgetown: “Georgetown was my first high-major offer. Coach [Patrick] Ewing gives me really good advice on how to take my game to the next level.: Miami: “Coach [Jim] Larranaga really likes my versatility and skill set. He thinks my versatility translates to the next level.” Kevin Jones coaches Williams and discussed his upside and skillset. “Benny is a very talented wing,” Jones said by phone. “”He can handle the ball, passes it, can shoot it extremely well. He’s just a very talented kid who’s gotten better from day one in our program. The kid works extremely hard. “He has the ability to switch defensively from guard to wing spot. His best basketball is ahead of him.” Williams has no timetable yet on a decision but said, wherever he goes, “I will bring a skillset where I’m an all-around playmaker.”

Thank you to all the coaches who spent their valuable time to recruit me. I appreciate all of the conversations and insight. With that said I have narrowed my list down to four schools from which I will make my commitment to further my academic and athletic career. 👀 pic.twitter.com/AAtsRzuMwk