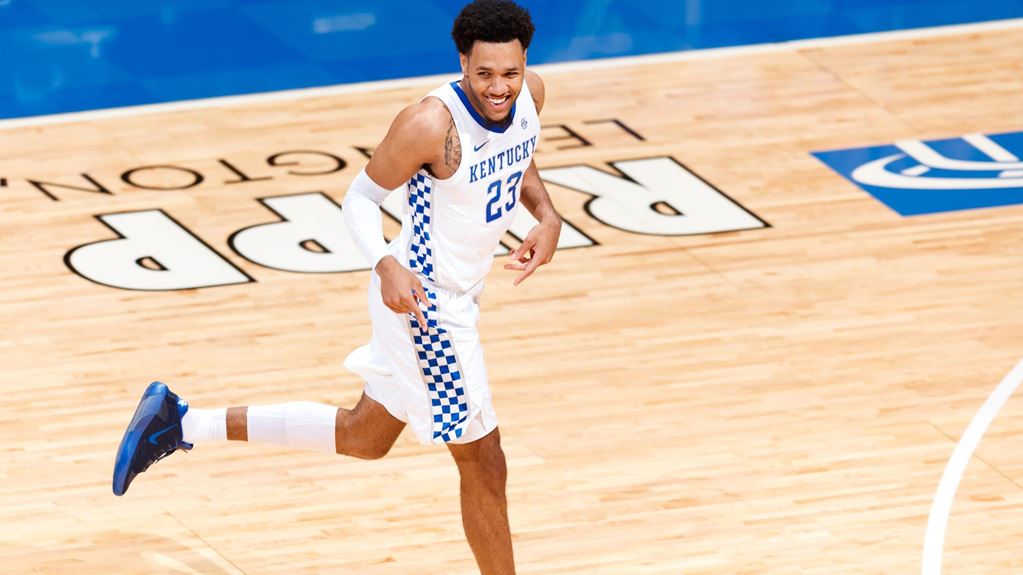 By JACOB POLACHECK Kentucky sophomore forward E.J. Montgomery will enter the NBA Draft and forgo his remaining collegiate eligibility, the school announced Wednesday. “What an incredible honor it has been to play for not only one of the best schools in the country, but also the best fans,” Montgomery said. “When I decided to come to Kentucky, it was a dream of mine to win a national championship. I know my brothers and I were ready to go to war for our coaches, the university and Big Blue Nation to bring home the national title this year. “The circumstances were unfortunate, but I am thankful that I was able to play for a great coach and coaching staff and compete every day in practice and in games to challenge myself to become a better all-around player. The 6-foot-10 forward out of Fort Pierce, Florida, appeared in 28 games for the Wildcats during his sophomore campaign and made 25 starts. He averaged 6.1 points and 5.4 rebounds per game, both of which were career highs. He also added 31 total blocks, 12 steals and 17 assists. He is currently ranked as the No. 28 best available prospect in the 2020 Draft on ESPN’s Big Board. Montgomery becomes the fifth Kentucky player to declare for the draft, joining forward Nick Richards and guards Immanuel Quickley, Ashton Hagans and Tyrese Maxey. Kentucky will bring in the No. 1 ranked recruiting class in 2020, per 247Sports, with five-stars Terrence Clarke, BJ Boston, Devin Askew and four-stars Isaiah Jackson, Lance Ware and Cam’Ron Fletcher. The Wildcats will also bring in Creighton grad transfer Davion Mintz. Photo: UK Athletics Follow Jacob on Twitter Follow Adam Zagoria on Twitter And Like ZAGS on Facebook