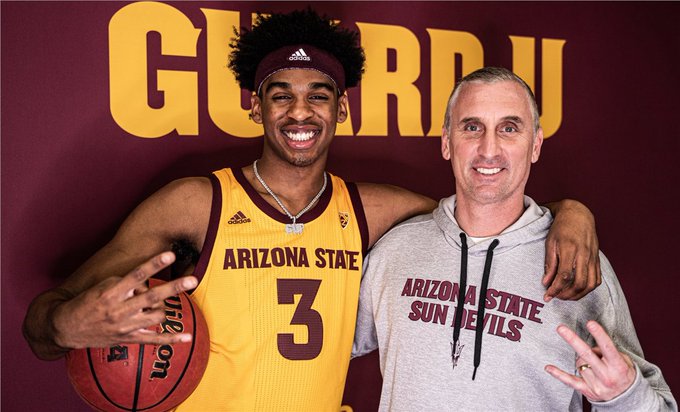 By ADAM ZAGORIA and JACOB POLACHECK The Josh Christopher Sweepstakes is finally over. After weeks of teasing fans from various schools about his college choice, the 6-foot-5 shooting guard from Mayfair (CA) announced on Monday he would be taking his talents to play for coach Bobby Hurley at Arizona State. “Sometimes I get mad at myself for picking such good schools, but I know next year I can only pick one,” Christopher said in a video released via Twitter. “The next step in my life, I’ll be moving to Tempe and going to ASU. Forks up.” Christopher will join his brother Caleb, who was a freshman at ASU this past season. Ranked the No. 3 shooting guard in the Class of 2020 and the No. 10 overall player by 247Sports.com, Christopher also considered Michigan, Missouri and UCLA. He is the highest-rated recruit in program history. “Josh has developed a high-level skill set which allows him to be effective at several positions,” said USA Basketball youth coach Don Showalter. “He’s a great teammate who makes everyone better – just a winner.” He may not be at Arizona State for long as he is the projected No. 27 pick in the 2021 NBA Draft, per ESPN.com.