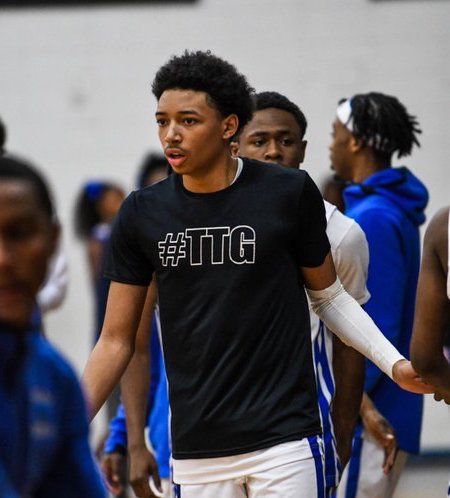 By JACOB POLACHECK Nick Smith Jr. is considered by many outlets to be a Top-50 player in the Class of 2022 and college are beginning to take notice. Smith, the 6-foot-4 shooting guard from Sylvan Hills (AR), picked up an offer from Florida on Tuesday. “I know Coach [Mike] White because I know he coached Tyreek Applebee and Raheem Applebee at Louisiana Tech,” he said on the Gators. “That’s pretty much all I know about them. I know that Florida is a good school because I’ve been talking with my boy Tyreek about them.” Smith also holds offers from schools such as Texas, St. John’s, Ole Miss, Arkansas, Tulsa and Southern Mississippi, among others. According to 247Sports, Smith is ranked as the No. 10 shooting guard and No. 47 overall player in the Class of 2022. Smith took an unofficial visit to Arkansas in August. “The coaching,” Smith said on what stood out to him on his visit. “They have a pro mindset and a pro organization. It’s home, so they want people there from home, but it’s also like a business type.” Smith has also taken an unofficial visit to Texas. “It was cool,” Smith said. “I like the coaches a lot, coach [Shaka] Smart and the assistants. They’ve got a pretty good school.”  Despite the visits, Smith says he hasn’t really thought about what he’s looking for in a school. I’m not really taking in any factors,” he said. “I’m really just enjoying this at the moment. I’m not sure about making any decision right now.” In terms of a timetable for his recruitment, Smith says he’s aiming to make a decision during his senior year. “I’ve probably got around two years until that,” Smith said on a decision. “So right now I’m just trying to have fun with it and take it from there.” At 6-foot-4, 170-pounds, Smith excels on both ends of the court. “I’m a scorer, I can facilitate and I can play defense,” he said. “I can do whatever the coaches ask me to.” In the midst of the coronavirus pandemic, Smith says he’s been going to the gym everyday to work on his game. “The coronavirus can’t stop us from going to the gym,” he said. “Other people think they can stay at home and still be better than they were three weeks ago, but not me. I’m staying in the gym.” Photo: Nick Wenger Follow Jacob on Twitter Follow Adam Zagoria on Twitter And Like ZAGS on Facebook