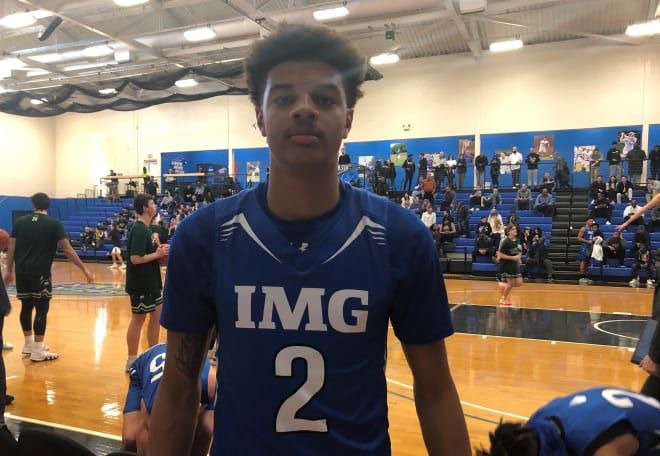 By RYAN McMULLEN Darius Miles, the 6-foot-7 forward from IMG Academy (FL), announced his commitment to Alabama in an interview with AllFacts Media. Miles picked the Crimson Tide over Boston College, LSU, Minnesota, and Texas A&M.

4 ⭐️ prospect and DC’s own Darius Miles (@BigFreakk2) had committed to… pic.twitter.com/7GM8mnP3Nw

During this past season playing for IMG’s postgraduate team, he averaged 12.1 points and 2.5 rebounds. Miles will join forces with four stars Keon Ambrose-Hylton and Josh Primo, along with JUCO standout Keon Ellis. According to 247Sports, he is ranked No. 144 nationally and is the No. 29 small forward. Follow Ryan on Twitter Follow Adam Zagoria on Twitter And like ZAGS on Facebook