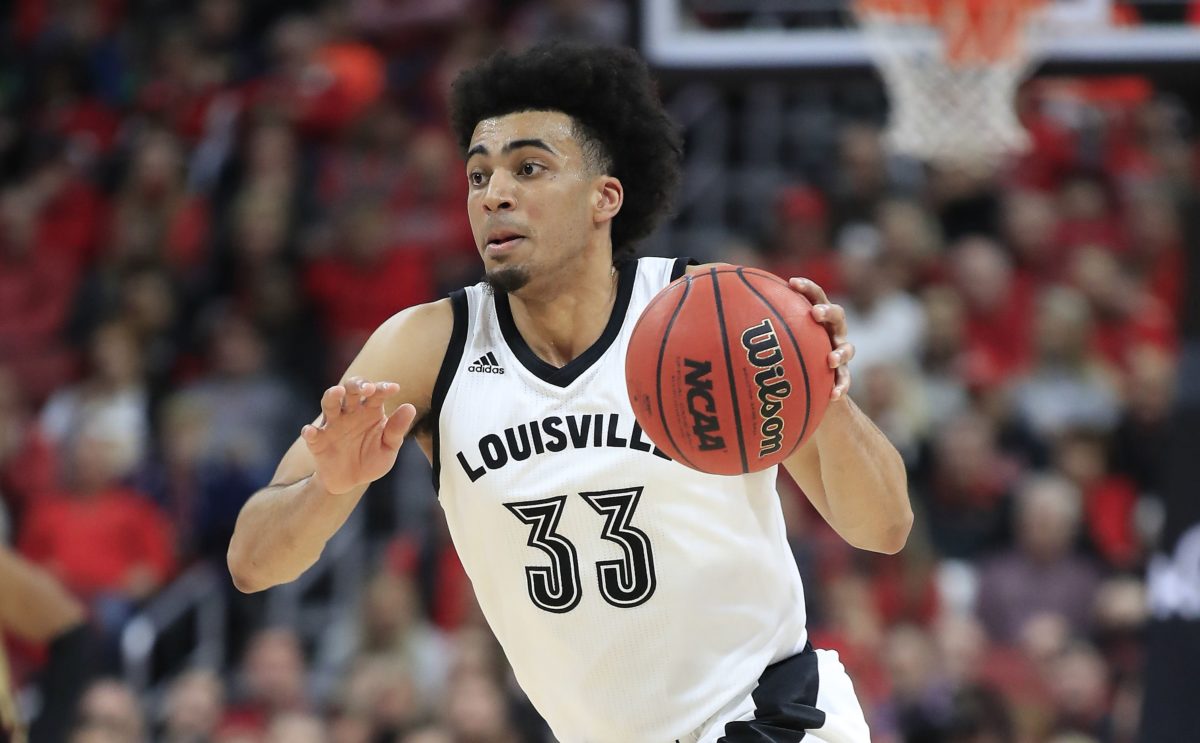 By ADAM ZAGORIA Jordan Nwora, the 6-foot-7 junior forward from Louisville, has declared for the NBA Draft. He is expected to sign with agent Mark Bartelstein and Priority Sports, according to a source. Nwora is ranked as the 39th best player available in the NBA Draft, per ESPN.com. The Buffalo, N.Y. native averaged 18.0 points and 7.7 rebounds this past season for the Cardinals, while shooting 47 percent from the field and 44 percent from deep.

Louisville junior Jordan Nwora has declared for the NBA Draft and will sign with an agent pic.twitter.com/bJasVTLAfd

Nwora, who ran with the NY Rens on the Nike EYBL circuit, tested the NBA Draft waters a year ago but returned to campus. Louisville on Sunday added 6-foot Radford grad transfer Carlik Jones, the Big South Player of the Year. They also add shooting guard D’Andre Davis and power forward Jayden Traynor to their recruiting class, while junior college star Jay Scrubb is testing the NBA Draft waters. Photo: (Andy Lyons/Getty Images) Follow Adam Zagoria on Twitter And like ZAGS on Facebook