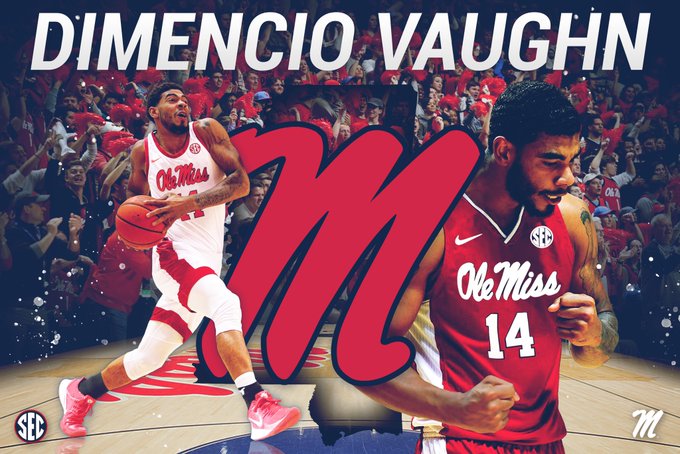 By JACOB POLACHECK Rider grad transfer Dimencio Vaughn announced his commitment to Ole Miss on Sunday, via Twitter. “After much thought and consideration, I’ve decided to continue my basketball career at Ole Miss,” Vaughn wrote. “Thank you to everyone who has helped me through this process. Excited to be a Rebel.” Vaughn, a 6-foot-5 guard from New York, averaged 14.8 points and 6.6 rebounds per game last season. He shot 39.3 percent from behind the arc. He finished the season on a tear, averaging 18.8 points, 7.3 rebounds and 3.8 steals in his final four games for Rider. He chose Ole Miss over UConn and Georgia. As a sophomore during the 2017-18 season, Vaughn averaged 16.1 points and 6.7 rebounds per game. As junior during the 2018-19 season, Vaughn averaged 10.6 points and 5.2 rebounds per game. He missed most of his freshman season at Rider with a season-ending injury. Vaughn is expected to graduate this spring and will be eligible immediately to start next season. Follow Jacob on Twitter Follow Adam Zagoria on Twitter And Like ZAGS on Facebook